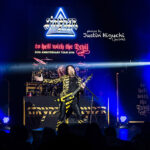 (Relevant) In 1983, Michael Sweet, Oz Fox, Perry Richardson and Robert Sweet joined forces and became Stryper, the metal band who raised their goblet of rock to the King above all kings. At the time, they were an anomaly — a band with all the trappings of colleagues like Pantera and Iron Maiden, but defiantly Christian lyrics. The band garnered a sizable mainstream following, … END_OF_DOCUMENT_TOKEN_TO_BE_REPLACED 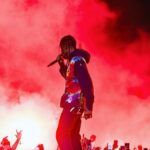 (ChurchLeaders) On Friday (Nov 5), tragedy struck during a Travis Scott performance at the Astroworld Music Festival in Houston, as eight people died and hundreds of others were injured during what officials are calling a “mass casualty event.” Over the weekend, a conspiracy theory began circulating on social media that the deaths were a result of Scott’s participation in a … END_OF_DOCUMENT_TOKEN_TO_BE_REPLACED 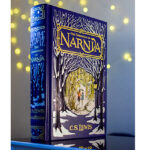 (Christian Headlines) Thanks to sold-out shows nationwide, a new biopic film about Christian apologist C.S. Lewis will enjoy an extended release. The movie, The Most Reluctant Convert: The Untold Story of C.S. Lewis, originally was scheduled to be in theaters for one night only (November 3) but will now play in theaters through November 18 due to an impressive … END_OF_DOCUMENT_TOKEN_TO_BE_REPLACED 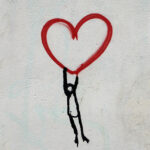 (Premier Christian News) A Christian actor and influencer says she felt prompted by God to give away all her belongings in celebration of her birthday. Khafi Ekpata announced to her 1.4m Instagram followers that everything, other than her baby boy and the bare essentials were up for grabs to mark the special occasion. The new mum turned 32 on Wednesday. read more … END_OF_DOCUMENT_TOKEN_TO_BE_REPLACED 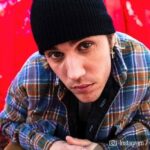 (The Christian Post) In a Sunday podcast about marriage and relationships, Justin Bieber admitted his past is filled with “trauma and scars,” and the only way he could enter into a “healthy” marriage relationship with his wife, Hailey, was by experiencing “serious” healing.  Justin and Hailey Bieber were featured on a recent episode of the “In Good Faith” podcast … END_OF_DOCUMENT_TOKEN_TO_BE_REPLACED