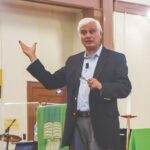 Nathan Zacharias, son of the late disgraced apologist Ravi Zacharias, has posted his first blog in seven months to explain that his recent silence is not due to him having changed his mind about his father’s character.  “Many people have written in to ask if a quiet blog means something has changed,” said Zacharias in a post dated Aug. 4. “As was the case before, … END_OF_DOCUMENT_TOKEN_TO_BE_REPLACED 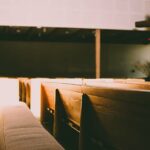 By Diana Chandler PHILADELPHIA (BP) – Most of the youngest generations who identify as committed Christians likely do not attend church at least once monthly, the American Bible Society (ABS) said in the latest release from its 2022 State of the Bible. Among Generation Z, Millennials and Generation X Christians whose personal commitment to Christ is still important in … END_OF_DOCUMENT_TOKEN_TO_BE_REPLACED 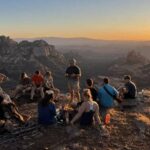 By Scott Barkley SEDONA, Ariz. (BP) – Bowed heads before their meal on an anniversary trip led a Tennessee couple to an opportunity to share their faith. That encounter, in turn, was followed by a social media call-out for help and success in connecting the new believer to a local church. On Aug. 2 at 4:08 EDT Jimmy Inman, elder and teaching pastor at True Life Church in … END_OF_DOCUMENT_TOKEN_TO_BE_REPLACED 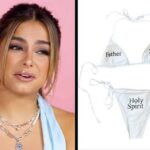 TikTok star Addison Rae, who has stated that she believes in Jesus Christ and grew up in a Christian household, deleted a recent photo of herself in a skimpy bikini after receiving backlash from Christians who follow her. The problem wasn’t so much that the bikini was “teenie tiny,” but that it had the names of the persons of the Trinity—Father, Son, and … END_OF_DOCUMENT_TOKEN_TO_BE_REPLACED 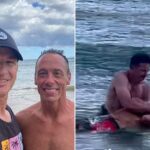 Evangelist, author, and Dare 2 Share Ministries founder Greg Stier shared a gospel experience he had while on vacationing in Hawaii this past week. Stier posted about the encounter on Instagram, sharing that he was sitting by a man on a beach in Kihei (Maui) when the two struck up a conversation after the stranger heard Stier’s wife sharing the … END_OF_DOCUMENT_TOKEN_TO_BE_REPLACED