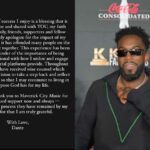 Grammy award-winning gospel singer Dante Bowe released a statement late Wednesday night (Sept. 29) apologizing for his behavior, which led to Maverick City Music “pausing” their professional relationship with him. Maverick City Music announced on Tuesday (Sept. 27) that “due to behavior that is inconsistent with our core values and beliefs, we have … END_OF_DOCUMENT_TOKEN_TO_BE_REPLACED 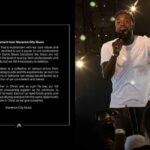 Maverick City Music released a statement on Tuesday (Sept. 27) explaining they are putting a “pause” on their professional relationship with Grammy and Dove Award-winning gospel singer Dante Bowe. Bowe posted a message on Instagram saying that he was taking a break from social media after receiving counsel from others. “In light of recent events … END_OF_DOCUMENT_TOKEN_TO_BE_REPLACED 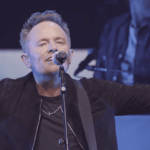 Award winning Christian contemporary musician and worship leader Chris Tomlin has released his 17th studio album, titled “Always.” He is set to continue touring alongside Hillsong United this fall.  Tomlin, who has won 23 Dove Awards and one Grammy, is well known for worship songs such as “How Great Is Our God,” “Our God,” and “Holy is the Lord.” His music has been used … END_OF_DOCUMENT_TOKEN_TO_BE_REPLACED 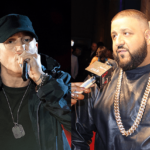 Marshall Mathers, better known by his stage name Eminem, achieved an accolade this week that few would have expected: he was featured on a song that debuted at number one on Billboard’s “Hot Christian Songs” chart. The song was DJ Khaled’s “Use this Gospel (Remix),” which was released on August 26 as part of Khaled’s new album “God Did.” The song originally appeared on Kanye … END_OF_DOCUMENT_TOKEN_TO_BE_REPLACED 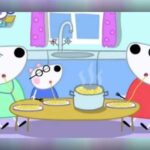 Earlier this week, the popular British preschool cartoon Peppa Pig, which airs on Nick Jr., introduced a same-sex couple to its young audience, a first in the program’s 18-year history. In an episode of the Hasbro owned show titled “Families,” the character Penny Polar Bear shared with her classmates that her parents are two moms. “I’m Penny Polar … END_OF_DOCUMENT_TOKEN_TO_BE_REPLACED