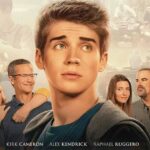 By Diana Chandler NASHVILLE (BP) – When David Scotton’s birth mother contacted him 18 years after placing him for adoption, the first thing he wanted to do was thank her for giving him life. She made it as far as the operating table in an Indiana abortion clinic in 1993 before deciding to carry him to term. The story is told in the latest Kendrick Brothers film … END_OF_DOCUMENT_TOKEN_TO_BE_REPLACED 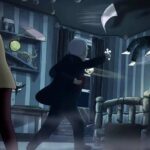 “Little Demon,” a new animated series on FX, which is distributed by Disney and streamed on Hulu, sets out to normalize paganism. “13 years after being impregnated by Satan, a reluctant mother, Laura, and her Antichrist daughter, Chrissy, attempt to live an ordinary life in Delaware, but are constantly thwarted by monstrous forces, including Satan, who … END_OF_DOCUMENT_TOKEN_TO_BE_REPLACED 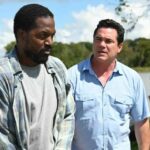 By Diana Chandler LEESBURG, Fla. (BP) – Love, listen and love again. That’s the formula Christian actor T.C. Stallings of “War Room” fame uses in describing the journey of agape love depicted in his latest film, “No Vacancy.” In the true story of the ministry of First Baptist Church of Leesburg, Fla., Stallings plays real-life Cecil Johnson. He enters the film as a … END_OF_DOCUMENT_TOKEN_TO_BE_REPLACED 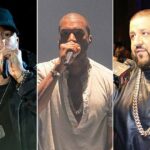 On Friday (August 26), Khaled Mohammed, who goes by the stage name DJ Khaled, released his thirteenth studio album, titled “God Did.” The album featured a remix of Kanye West’s “Use This Gospel” with a verse performed by Marshall Bruce Mathers III, better known as Eminem. The track is one of four of DJ Khaled’s 18 songs that doesn’t carry the explicit … END_OF_DOCUMENT_TOKEN_TO_BE_REPLACED 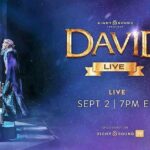 By Diana Chandler LANCASTER, Pa. (BP) — Shane Litchfield, the lead in Light & Sound’s “DAVID-Live,” describes the role as universally relatable. But King David especially resonates with Litchfield, himself a songwriter, composer and vocalist. “What really attracted me to (the role) is that he was just a musician and he was an artist, that he expressed himself with the … END_OF_DOCUMENT_TOKEN_TO_BE_REPLACED