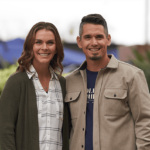 Andy Wood, formerly lead pastor of Echo Church in San Jose, CA, recently took the lead pastor role at one of the Southern Baptist Convention’s (SBC) largest churches, Saddleback Church in Lake Forest, CA, after its founder, Rick Warren, retired at the end of August. Warren had served as Saddleback’s lead pastor for over 40 years. In the spring of … END_OF_DOCUMENT_TOKEN_TO_BE_REPLACED 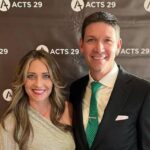 On Sunday, August 28, pastor Matt Chandler shared with The Village Church in Flower Mound, Texas, that he would be taking a leave of absence from preaching and teaching due to an inappropriate direct messaging relationship with a woman who wasn’t his wife. The direct messaging relationship was described as non-romantic and non-sexual but included “coarse and foolish joking.” … END_OF_DOCUMENT_TOKEN_TO_BE_REPLACED 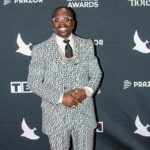 On Tuesday (Oct. 18), Bishop Lamor Whitehead made a surprise appearance on the red carpet of the 53rd GMA Dove Awards. Whitehead made headlines this past summer after he and his wife were robbed at gunpoint during his church’s Sunday service livestream. On July 24, three men who were dressed in all black clothing and face masks rushed into Whitehead’s … END_OF_DOCUMENT_TOKEN_TO_BE_REPLACED 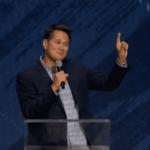 On Tuesday (October 11), all charges against John Blanchard, senior pastor of Rock Church International in Virginia Beach, VA, were dropped following a request made by prosecutors. Blanchard was arrested on charges of solicitation of prostitution of a minor in the Fall of 2021 after being caught in a police sting operation. According to WVEC-TV, prosecutors can refile … END_OF_DOCUMENT_TOKEN_TO_BE_REPLACED 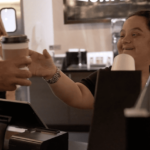 Liquid Church, a multi-site megachurch located in New Jersey, opened a coffee shop at their Parsippany County campus on Monday (Oct. 3), which will be staffed by people with special needs and forward proceeds to the church’s global clean water initiative.  Called the Clean Water Cafe, the goal of the coffee shop is to provide “delicious coffee, breakfast and lunch with … END_OF_DOCUMENT_TOKEN_TO_BE_REPLACED