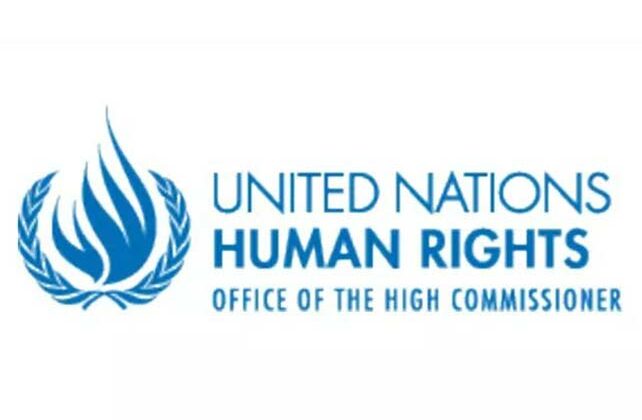 GENEVA, Switzerland (BP) – A United Nations report that found China has committed “serious human rights violations” and possibly “crimes against humanity” toward the Uyghur people and other ethnic minorities confirms the authenticity of the evils previously reported, a Southern Baptist ethics leader said.

The assessment of the Chinese government’s practices in the Xinjiang Uyghur Autonomous Region – which two United States administrations and Southern Baptist Convention messengers have declared as genocide – came Aug. 31 in a 48-page report from the Office of the U.N. High Commissioner for Human Rights (OHCHR).

Among its recommendations, the U.N. office called on China’s government to release those “arbitrarily deprived of their liberty” in camps and other detention facilities, to provide the locations to families of individuals who have disappeared at the hands of officials and to investigate allegations of such human rights violations as forced labor, sexual violence and torture in those locations.

The OHCHR report, issued despite China’s protests, is the second in recent weeks that found human rights violations by China. Tomoya Obokata, the U.N.’s special rapporteur on contemporary forms of slavery, announced Aug. 16 the release of a report that found it is “reasonable to conclude” forced labor by Uyghurs and other ethnic minorities has taken place in Xinjiang and some of the coercion “may amount to enslavement as a crime against humanity.”

The OHCHR findings, announced on the final day of Michelle Bachelet’s four-year term as high commissioner, followed news reports in recent years that the Chinese Communist Party (CCP) has carried out a brutal campaign against the Uyghurs, predominantly Muslims in China’s largest and westernmost region, and other minorities. According to the reports, China’s actions have included widespread detention in “re-education” camps, forced labor and a coercive population control program of abortion and sterilization.

The Trump administration announced on its last full day in January 2021 its decision that China is guilty of genocide in Xinjiang, and the Biden administration affirmed that determination weeks later. In June 2021, messengers to the SBC’s annual meeting passed a resolution that made the convention the first Christian faith group to denounce China’s campaign against the Uyghurs as genocide.

“We now know exactly why the Chinese government did not want this report published,” said Brent Leatherwood, acting president of the Ethics & Religious Liberty Commission (ERLC). “It contains ironclad confirmation about their heinous actions and enslavement of the Uyghur people.

“While it did not go as far as it should have, the report still provides more than enough evidence proving the Chinese Communist Party is committed to eradicating Uyghurs and other religious minorities from Chinese society,” Leatherwood said in written comments for Baptist Press. “The SBC was absolutely right to call these atrocities a genocide, and it is past time for the global community to confront China about these gross human rights violations and demand their immediate end.”

Secretary of State Antony Blinken said the United States welcomes a report that “deepens and reaffirms our grave concern regarding the ongoing genocide and crimes against humanity that [Chinese] government authorities are perpetrating against Uyghurs” and other ethnic and religious minorities.

The United States “will continue to hold the [Chinese government] to account” and to urge it to release those confined unjustly, to report on those who have disappeared and to permit an independent investigation in Xinjiang, Blinken said in a written statement.

Adrian Zenz, an expert on China, described the OHCHR report as “very conservative” but said “its overall cautious and methodical approach makes the report very hard to refute.” Zenz is senior fellow and director in China studies at the Victims of Communism Memorial Foundation.

The report fell short in some ways, Zenz and others said. Its sections on coerced labor and population control are “comparatively short and weak,” he said on Twitter. A diplomat reported the portion on forced sterilization “was watered down during the final hours,” Zenz tweeted. The report also was criticized for not describing China’s actions in Xinjiang as genocide.

The Chinese government denounced the OHCHR report. “[T]he so-called ‘assessment’ distorts China’s laws and policies, wantonly smears and slanders China, and interferes in China’s internal affairs, … and also undermines the credibility of the OHCHR,” the government said as part of its 131-page response.

The Chinese government launched an effort to counter terrorism in Xinjiang in 2014, linking the threat to “religious ‘extremism’ and separatism,” according to the OHCHR report.

That counter-terrorism effort, however, “has led to interlocking patterns of severe and undue restrictions on a wide range of human rights,” OHCHR reported. “Allegations of patterns of torture or ill-treatment, including forced medical treatment and adverse conditions of detention, are credible, as are allegations of individual incidents of sexual and gender-based violence.

“The extent of arbitrary and discriminatory detention of members of Uyghur and other predominantly Muslim groups … may constitute international crimes, in particular crimes against humanity.”

Research for the OHCHR report included a review of documents, including China’s laws and policies, as well as 40 interviews with Uyghurs and other ethnic minority members with “first-hand knowledge” and a May visit to Xinjiang by Bachelet.

Interviews with the Uyghurs and others, who included 26 who had been detained, showed nearly all the detainees had been forced to receive injections and/or pills administered regularly. Some described sexual violence, including the rape primarily of women, according to the report.

Several females interviewed told OHCHR they were forced to have abortions or to have intrauterine devices inserted. The information it received “suggests that coercive measures are likely to have accompanied the strict enforcement of family planning policies post-2017 … and to have been a cause for the significant decreases in the birth rates in Xinjiang generally, and especially in predominantly Uyghur-populated areas,” the report said.

As in other regions of China, laws in Xinjiang “regulate religion in a detailed, intrusive and particularly controlling manner,” OHCHR reported. “Religious activities are allowed only in Government-approved locations, conducted by Government-accredited personnel, and on the basis of Government-approved teachings and publications.”

RELATED: ‘Leaders are scared’ of How Fast the Church in China Is Growing

The CCP’s oppressive practices in Xinjiang that have been reported by news outlets have included a high-tech surveillance system that has obtained genetic data on many residents. It is estimated more than 1 million Uyghurs, and maybe as many as 3 million, have been detained in “re-education” camps. Life in the camps also has resulted in coercive organ harvesting, according to some reports.

The ERLC has called for adoption of U.S. policies to combat China’s repression of the Uyghurs and other ethnic and religious minorities.

President Biden signed into law in December 2021 the Uyghur Forced Labor Prevention Act, ERLC-endorsed legislation that prohibits products made with forced labor in Xinjiang from being introduced into the American market. In June, Leatherwood expressed his “profound concerns” in a letter to Biden that a new White House order could be used to allow into the United States solar cells and modules produced by the Uyghurs under forced-labor conditions.