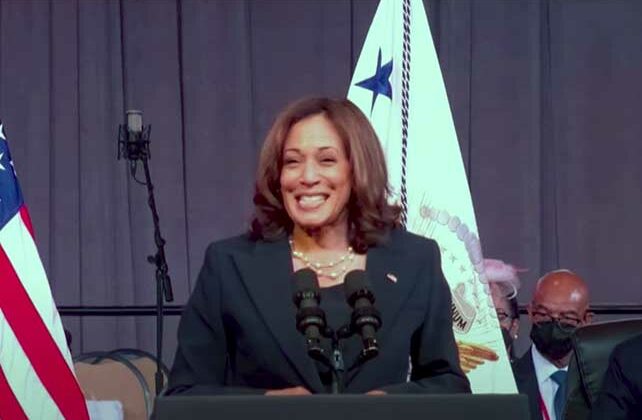 According to their website, the NBC is the “nation’s oldest and largest African American religious convention” and consists of over 7.5 million members.

During the Vice President’s speech, which fell just short of 30 minutes, Harris shared that she learned about the importance of faith while growing up in 23rd Avenue Church of God in Oakland, California.

“Through the darkness, faith and our faith reminds us that we are not alone. Faith teaches us that a brighter future is always ahead and we must keep moving forward to realize that future. And to move forward, simply put, I also learned and we all know: Faith requires action,” Harris said.