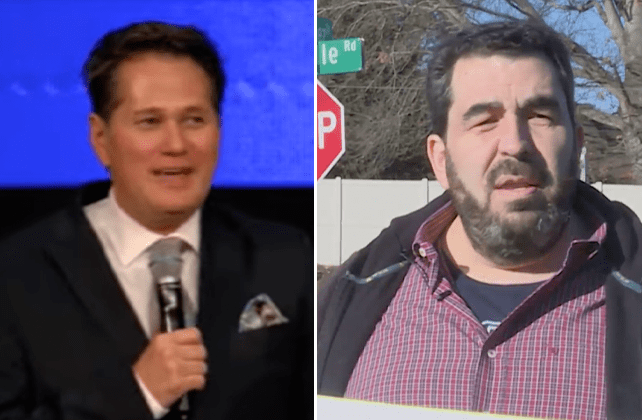 On Sunday (Dec. 18), protesters gathered outside Rock Church International in Virginia Beach, VA, to call upon the church to remove pastor John Blanchard. Blanchard was one of 17 men arrested last year in a prostitution sting operation, wherein Blanchard allegedly solicited sex from an undercover officer whom Blanchard believed to be an underaged girl.

Blanchard’s charges were recently dropped at the request of prosecutors, but they can refile the charges at a later date if they feel they have enough evidence against Blanchard.

Following Blanchard’s first appearance onstage at Rock Church since his prostitution charges were publicly revealed in Nov. 2021, protesters are calling on the Chesterfield Commonwealth Attorney to prosecute Blanchard and for Blanchard to resign or be removed from leadership at Rock Church.