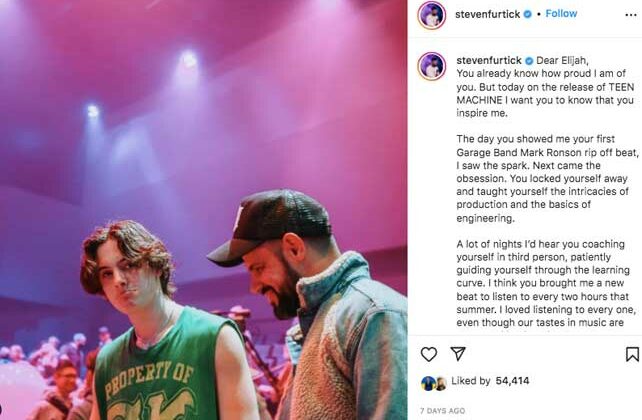 The 16-year-old Elijah, who goes by his stage name dothedash!, released a ten song album titled “TEEN MACHINE” on the first week of March. To his credit, with everything else he references, he doesn’t swear on the record.

During the intro track “All Cap!,” Elijah says that “all of the emotions and aspirations depicted in this audio recording are a genuine reflection of some dimension of the author’s experience or personality.”