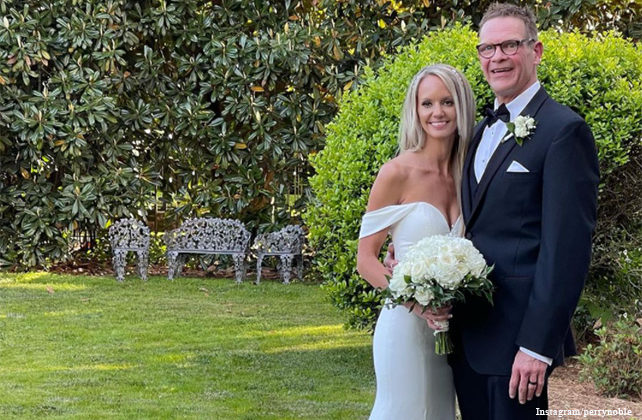 Second Chance Church founder and senior pastor Perry Noble announced last week that he married Shannon Repokis, whom he proposed to on December 20, 2020.

The Elephant Room alum told his 58.9k followers on Instagram, “I can’t even begin to express the joy Jesus has brought into my life through this incredible woman! Her heart for Jesus is unlike anything I have ever seen!” Noble added: “She is a gift, a blessing – and today I get the honor of marrying her!! So thankful that Jesus heals – and really does do immeasurably more than all we could have ever asked for or imagined!”

Noble wished Repokis a happy birthday on Instagram a few days before his wedding, saying, “Jesus has used you in my life to fill me with so much hope…to rediscover joy I thought was gone forever! You are such a gift to this world – I can’t wait to marry you tomorrow!!”

In 2016, Perry Noble was removed as the Senior Pastor of NewSpring Church in Anderson, South Carolina, the church he founded in 2000, for alcohol abuse, posture toward his marriage, and other unbiblical behaviors. At the time of his removal, NewSpring Church had 17 locations and over 30,000 regular attenders.

Less than two years after his removal from NewSpring Church, Perry filed for divorce from his wife Lucretia after 17 years of marriage. The two have one child together.

Earlier that summer, Noble had posted a video on his Facebook page detailing dark moments in his life that almost lead to him to commit suicide. He said, “I felt like a failure, alone and betrayed. I finally arrived at the point that I was willing to go through the uncertainty of death rather than the certainty of life. The way I saw it, life would only be a reminder of how I had fallen short and failed over and over and over. So I made the decision: I was going to walk out of rehab, fly home and kill myself. I had the spot picked out, I had the gun picked out, and I was going to take my own life.”

By the grace of God, Noble didn’t follow through his plan and instead shared how, as he was taking a walk the night before he was planning to leave rehab, God told him, “I’m not finished with you yet.” God gave him exactly what he needed to hear at that moment, Noble recalled. “It was powerful. It kept me in the game.” He told those viewing, “God isn’t done with you. Over time, he’ll save you from the pain you’re feeling. I absolutely believe that. If he can do it for me, he can do it for you.”

Noble announced he was starting a new church a few months after filing for divorce from his wife Lucretia. This came after NewSpring Church elders found him unfit to return to the pulpit. Noble subsequently began speaking at other churches. One of the elders told the NewSpring congregation: “We can’t speak for other churches. For us, Perry does not currently meet biblical qualifications.”

Second Chance Church recently purchased a new building. The new building will seat 700 people, which is twice the size of their previously leased location. Before the pandemic, the church was averaging close to 1000 people every week. On March 13, 2021, Noble posted the church was just $2,500 away from raising $1,000,000, half of what is estimated to remodel the church’s new 28,000-square-foot facility.