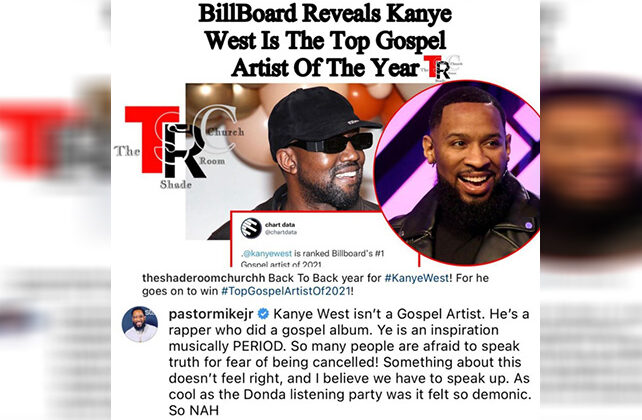 Last week, The Shade Room Church, a news and media Instagram page that has over 27,000 followers, posted about Billboard’s announcement of Kanye West as their 2021 Top Gospel Artist of the Year. This is the second year in a row West has received the honor. West also won the 2021 Top Gospel Song of the year for “Wash Us In the Blood,” which featured controversial Astroworld Music Festival artist Travis Scott.