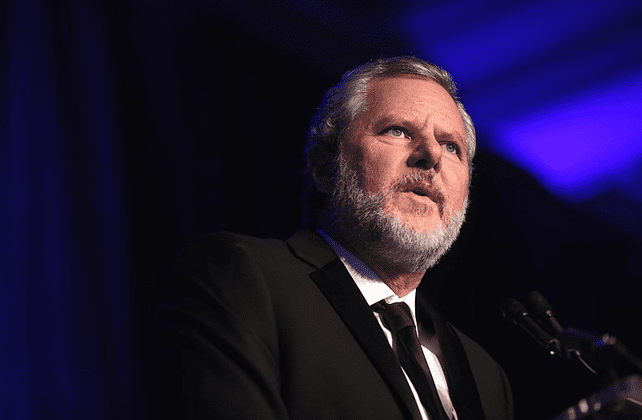 In a new profile in Vanity Fair magazine, former Liberty University President Jerry Falwell Jr. opens up about his famous family, his faith, and the tumultuous end of his career at the evangelical school his father founded. Speaking exclusively to reporter Gabriel Sherman, the 59-year-old Falwell provides his take on what became a sensational, highly publicized downfall.

Among the revelations is Falwell’s admission that he’s not “a religious person.” People think that “because of my last name,” he says, “but I’m not. My goal was to make them realize I was not my dad.” Jerry Falwell Sr., co-founder of the Moral Majority, died in 2007, leaving his oldest son and namesake in charge of Liberty, based in Lynchburg, Virginia.

Recalling his youth, Falwell says his father didn’t force him to attend church, didn’t care that he listened to rock music, and didn’t object when he didn’t want to become a preacher. Falwell says his mother, Macel, preferred her son Jonathan, who could be controlled and went into ministry.