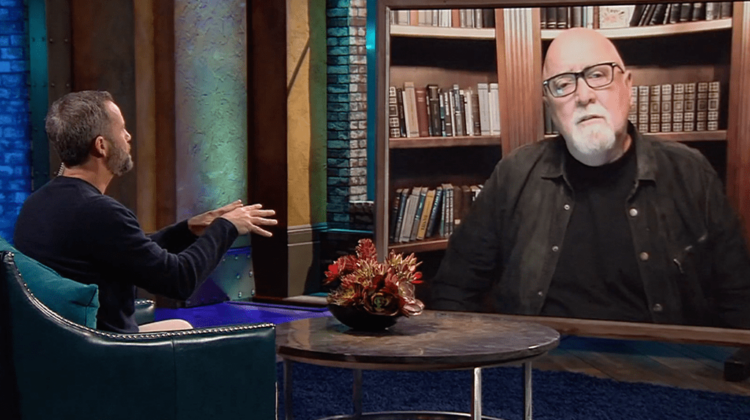 This week, James MacDonald appeared on an episode of TBN’s “Takeaways with Kirk Cameron” to discuss the problem of biblical illiteracy.

“For 30 years, Doctor James MacDonald served as founding and senior pastor of Harvest Bible Chapel in Rolling Meadows, Illinois, and for more than 20 years, he was the Bible teacher of the broadcast ministry ‘Walk in the Word,’” Cameron said to introduce MacDonald. “He’s a prolific author of more than 15 books, and he joins us today to talk about the crisis of biblical illiteracy.”

MacDonald was fired by Harvest Bible Chapel in 2019 amid ongoing controversy surrounding an allegedly abusive leadership style, as well as financial improprieties.

In 2019, MacDonald was also accused of attempting to put a hit out on the life of Chicago radio host Mancow Muller.