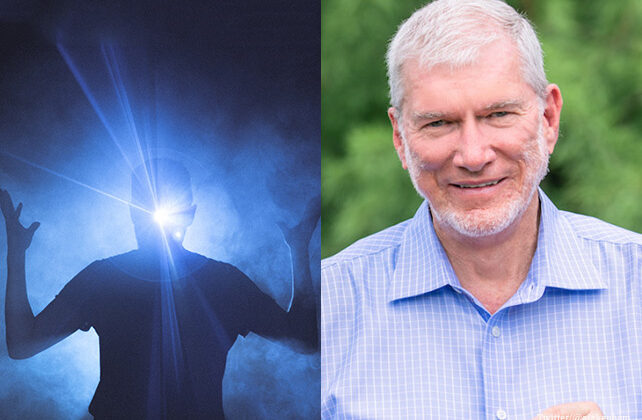 CEO and founder of Answers in Genesis, the Creation Museum, the to-scale Ark Encounter, and Christian apologist Ken Ham told his viewers on an episode of Answers News that he doesn’t believe there’s alien life in outer space.

The topic was sparked from the highly anticipated Pentagon report that will be releasing classified information on “Unidentified Flying Objects” (UFOs), also referred to as “Unidentified Aerial Phenomena” (UAP) in the near future.

During his Answers News episode Monday, Ham said he has been asked by many people if he believes in UFOs. He said his answers is always, “Absolutely, I believe in UFOs. Anything flying out there that I don’t know what is, is a UFO.”

Ham said he was quoted in an article by a secularist who said, “Even Ken Ham believes there could be life in outer space,” but he said the quote was taken out of context. Ham said, “If you look at the Bible from a perspective of animal life or plant life, the Bible does not say whether there is or is not animal or plant life in outer space. So I can’t quote a Bible verse to say there’s not.”

In his opinion, Ham said he personally “suspects” there isn’t life in outer space because “of what the Bible says about the Earth, and the Earth was made for life to be inhabited (Isaiah 45:18) and so on.”

“From the perspective of the gospel, it doesn’t make sense…I don’t believe in aliens in outer space.”

Regarding the existence of intelligent life in outer space or alien life, Ham said, “Absolutely not!” Ham said his conviction comes from a “perspective of understanding the gospel…God’s Son stepped into history to be Jesus Christ, the God-man. He became a member of the human race to die for the descendants of Adam,” Ham said. “He didn’t become the God of Klingon [a reference to Star Trek] or something like that. So it’s only Adam’s race that can be saved.”

“The Bible tells us the whole creation groans because of Adam’s sin,” Ham said. “So it wouldn’t make sense if there were another race of intelligent beings out there somewhere suffering from Adam’s sin, but they can’t be saved because God’s Son steps into history to save the sons of Adam.”

Ham: Secularists Want to Find Alien Life to Back Evolution

Ham and his Answers News cohosts also talked about how some evolutionists believe life on Earth started from aliens in outer space.

In a blog post titled “Will the Pentagon Report Prove UFOs are Real?” Ham said, “The Pentagon report may include some mysteries, but it won’t contain evidence for aliens. Secularists who reject God and believe in naturalistic evolution very much want intelligent life to be found elsewhere in the universe as they believe that will vindicate their religion of evolution! But they won’t find it. It’s not there to find.”