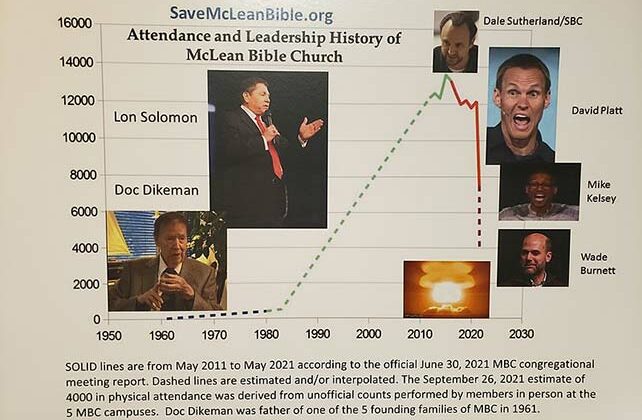 In July 2021, McLean Bible Church (MBC) in Vienna, Virginia, which is pastored by David Platt, was sued by five of its members (current and former) for allegedly barring them from voting in an important congregational meeting to approve new church leaders on illegal grounds in June of 2021.

MBC’s constitution says that elders must be approved by a three-quarters majority, but on June 30, 2021, the vote failed for the first time in the church’s history.

Platt accused some MBC members of organizing a planned effort to thwart the election in a Sunday sermon, saying that a small group of people within MBC and some outside the church had “coordinated a divisive effort to use disinformation in order to persuade others to vote these men down as part of a broader effort to take control of this church.”