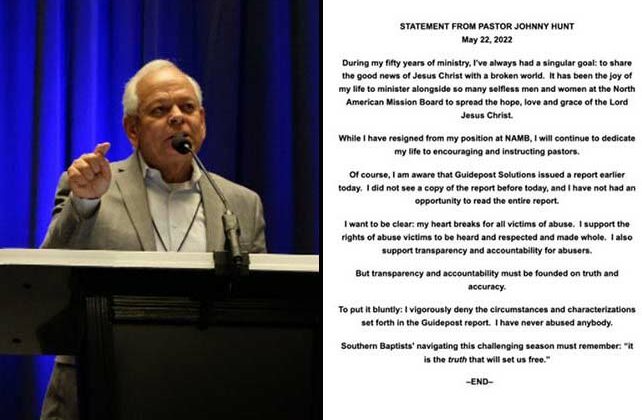 On Sunday (May 22), Johnny Hunt announced his resignation as the Senior Vice President of Evangelism and Leadership at the Southern Baptist Convention’s (SBC) North American Mission Board (NAMB). According to NAMB’s President Kevin Ezell’s statement, Hunt stepped down on May 13, 2022.

The news comes after the 69-year-old Hunt was mentioned in the Guidepost Solutions report, which wasreleased on Sunday afternoon and detailed a forced sexual encounter with a pastor’s wife at the end of Hunt’s SBC presidency in 2010.