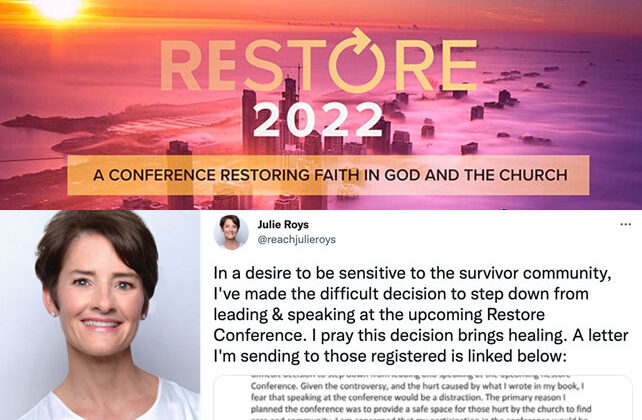 ulie Roys is a Christian investigative reporter located in Chicago who is known for having brought to light abuse and corruption relating to some of America’s most high profile pastors and evangelists.

Who Is Julie Roys?

Roys launched “The Roys Report” in 2019, shortly after investigating alleged corruption within Moody Bible Institute in 2018, for whom she was working as a national radio host at the time. The investigative series led to three of Moody’s top officers exiting their positions and ultimately ended her relationship with her employer. Her personal blog, where she shared her articles, became a what she describes as “a Christian media outlet, reporting the unvarnished truth about what’s happening in the Christian community so the church can be reformed and restored.”

In 2018, Roys’ journalism exposed the now-former senior pastor of Harvest Bible Chapel (HBC) James MacDonald for his aggressive leadership style and abuse of the church’s finances. The Roys Report has over 78 articles dedicated to MacDonald and/or HBC, many of which were written by Roys. MacDonald was fired in February 2019 by HBC elders stating that their pastor’s conduct was “harmful to the best interests of the church.”