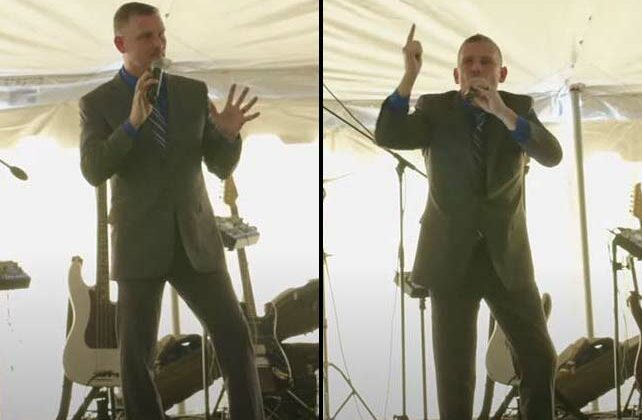 Greg Locke, the controversial anti-vaccine, anti-mask, pastor of Global Vision Bible Church in Mt. Juliet, Tennessee, managed to get his name back on Twitter this week after telling parents of autistic children that their children do not have a medical condition but instead are demonized. (The social media giant has banned him for spreading misinformation.)

On Sunday, Locke preached a sermon titled “Desperate for Deliverance” and spoke from the eighth chapter of the book of Jeremiah. “It’s a very unusual passage of Scripture to preach on what I believe the Lord would have me to preach on,” Locke shared, explaining that the sermon was inspired by their recent Wednesday night series about deliverance from demons.

“The wise men are ashamed, they are dismayed and taken: lo, they have rejected the word of the LORD; and what wisdom is in them?,” Locke read from the King James Version, starting in Jeremiah 8:9. “Therefore will I give their wives unto others, and their fields to them that shall inherit them: for every one from the least even unto the greatest is given to covetousness, from the prophet even unto the priest every one dealeth falsely.”