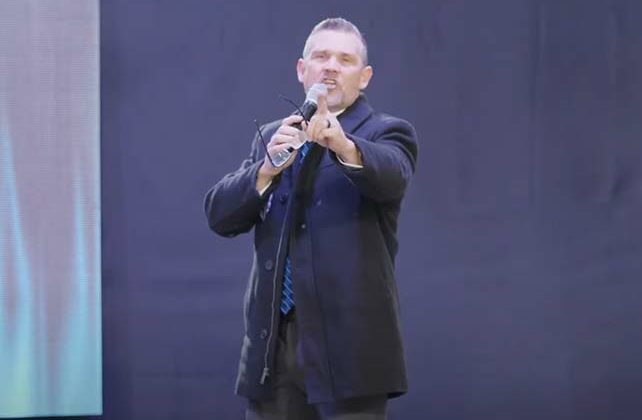 This past Sunday, Global Vision Bible Church pastor Greg Locke continued his sermon series “Desperate for Deliverance,” claiming a devil inside a woman’s body had identified six witches who have infiltrated his congregation. Locke also claims that this devil told him about a lead vocalist at a megachurch in the Nashville area, someone whom Locke claims is a “head witch.”

Three weeks ago, Locke told his congregation that children with autism are demonized, because there’s “no such diagnosis in the Bible.” Earlier this month, the church also held a mass burning of “demonic” literature and media, such as Harry Potter, an event that brought out Homeland Security.

RELATED: Greg Locke Says Autistic Children Are Demonized: ‘Ain’t No Such Diagnosis in the Bible’

Preaching from Mark 5, Locke told those in attendance on Sunday, “I know I say this a lot, but I love you enough to be misunderstood if I have to be. So far—and I know I’ve got some encounters to go and we got some witches to confront—the unbelievable voices [of] anger, rage, perversities, screaming, pain, healing, nausea, every bit of what I’ve seen for days has all come out of believers. Not lost people.”