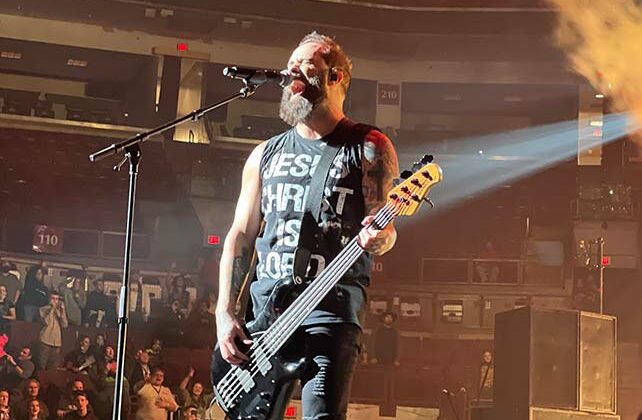 Skillet’s John Cooper has never had an issue speaking about his faith, the truth of the Bible, and calling things out in the church if he believes they go against Scripture.

Whether it be on his Cooper Stuff Podcast or live onstage at one of Skillet’s concerts, Cooper’s mission has always been to speak the truth of Jesus into people’s lives.

Since January, the veteran Christian rock band of 25 years has been headlining the 40-city Winter Jam tour, playing in front of thousand of fans every week. During the Skillet’s set, Cooper gives a short sermonette before one of their songs.

Cooper encouraged young people not to believe the lies they are being told by the news, celebrities, politicians, and university professors.

“This world right now is being run by a secular elite people. Celebrities tell you how to find happiness by being your truest authentic self and encourage you to ‘divorce yourself from the limitations of Christianity [and] divorce yourself from the chains of the Bible,’” Cooper told concertgoers. “What they really want is a sexual revolution so you can finally be free and you can turn your back on Jesus and all the stuff that He demands.”