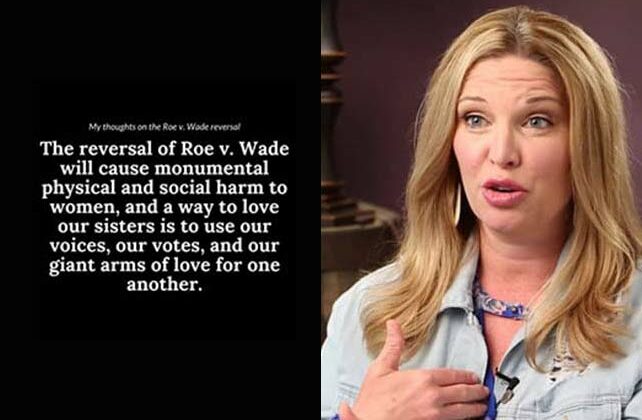 New York Times bestselling author, podcaster, and mother of five, Jen Hatmaker, who has given advice to Christians about “Raising Jesus Kids,” as the title reads from her 2015 Christianity Today piece, shared this week that the possible “overturning of Roe is a shocking, unprecedented repeal of women’s rights, and it will not be the end.”

Who Is Jen Hatmaker?

In 2014, Hatmaker and her family starred in an HGTV reality series titled “My Big Family Renovation” after her blog went viral in 2013 because of an interview she did with the Today Show about the struggles moms have at the end of the school year.

In 2015, Hatmaker was featured on the ChurchLeaders Podcast and spoke about changing the tone of our cultural engagement, adoption, and women’s ministry, as well as her family’s intentional fight against excessiveness.

However, Hatmaker’s books were pulled from the Southern Baptist Convention’s Lifeway Christian Resources in 2016 after the author decided to affirm same-sex relationships. She explained in a lengthy Facebook post that her affirmation of the LGBTQ community wasn’t to gain the approval of more people but because Jesus tells Christians to love others.