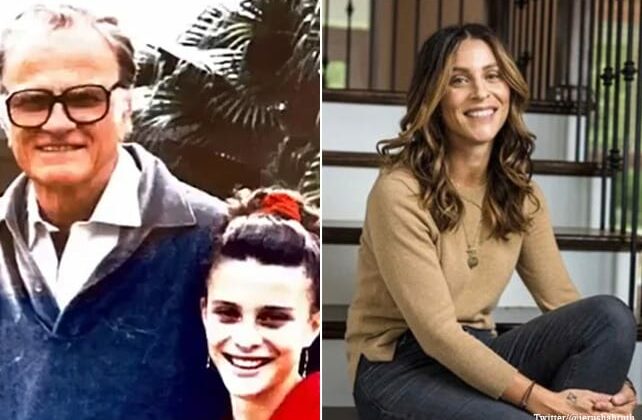 In a CNN Business article highlighting two pastors on a mission to stop QAnon theories among evangelicals, Billy Graham‘s granddaughter, Jerushah Duford, said, “I’m not sure Jesus would be welcomed in an American church today.”

Who Is Billy Graham’s Granddaughter?

Duford’s mother is author Virginia ‘Gigi’ Graham, the oldest of the five children children from the late evangelist Reverend Billy and Ruth Graham. Duford’s father, Stephan Tchividjian, who used to work as a clinical psychologist and Baptist minister, now serves as the founder and president of the Board of the National Christian Foundation of South Florida, and as the co-executive director of Lifework Leadership of South Florida. Duford is one of six children. Two of her brothers are well-known in the evangelical communities, Basyle ‘Boz’ Tchividjian was a former child abuse prosecutor who has been helping church abuse victims find justice and Tullian Tchividjian was the former pastor of a megachurch in Fort Lauderdale, Florida, until infidelity within his caused him to step down.

“My grandfather Billy Graham would have spoken out against QAnon.” Duford said, “He was very true to God’s Word. It was just Gospel and Scripture. And you can’t do that and believe in QAnon.”

QAnon is a movement that started with an anonymous post on the digital image board 4chan in 2017. The controversial conspiracy theories began with writings about supposed classified intel regarding President Donald Trump’s battle with a group of devil-worshiping pedophiles who traffic children and kill them for their blood. Since then, it has grown a cult-like following with even elected officials parroting QAnon talking points. The result has been a large segment of evangelical Christians believing the rhetoric.

Duford claims that QAnon is tied to Christian Nationalism that declare America a Christian state. The vocal granddaughter even spoke against her uncle Franklin Graham‘s support for former President Trump, telling him to focus on his “incredible humanitarian ministry” instead of praising the ex-President. She said, “I think he probably needs to stick to doing that. I think he believes he’s speaking to a larger audience than he is. I think the audience he was once speaking to is starting to migrate to a little more progressive open mindedness.”

“I’m not sure Jesus would be welcomed in an American church today.”

Duford signed a letter along along with more than 500 other faith leaders that denounced Christian Nationalism and its involvement in the Capitol riots early this year.

“The term Christian Nationalism, in and of itself, is ironic because there’s nothing Christian about nationalism. I hope that it will be looked at like an extreme portion of our faith. Not our faith as a whole,” Duford said. “I think what you’re finding from a lot of these people who are hardcore QAnon believers [is], this is somewhere where they fit in,” she said.

Pastor James Kendall of Grace Community Church in Madera, California, and Pastor Ben Marsh of First Alliance Church in Winston-Salem, North Carolina, are stepping up to battle QAnon conspiracy theories in their churches.

Kendall called QAnon a false prophet that his church needs to be warned about. The pastor said, “The Biblical worldview is that there’s a God who’s in control of the whole world. And one day Jesus is going to come back, he’s going to judge the wicked. There is a Q that knows everything, and Donald Trump is going to come back and judge the wicked, set up his rule, and his followers are going to live in their little Utopia… It’s easier for Christians who already have that belief system to make that jump over into believing [QAnon].”

“I get an hour with people every week, versus the 167 hours that they have out on their own to do other things,” Kendall shared and explained the misinformation people are getting “fights against” what he is biblically teaching. Kendall said that he tries to have conversations about misleading QAnon conspiracy theories with church members, but conversations don’t get far because adherents often don’t want to hear his understanding of things.

“My job as a pastor is protect the sheep from the wolves, and to not just point them to the truth, but to warn them when these false teachers come in and try to take people away.” – Pastor Kendall

Marsh, who is on the other side of the country from Kendall, told CNN Business that the posts he sees online are troubling. “I have seen where people, most often unwittingly, shared misinformation that came from a QAnon or a Q-adjacent source,” he said. Speaking to his congregation regarding the Capitol riots Marsh said, “Pastors had lied to [the rioters].” Marsh went on to call out those pastors who encourage and engage in QAnon conspiracy theories.