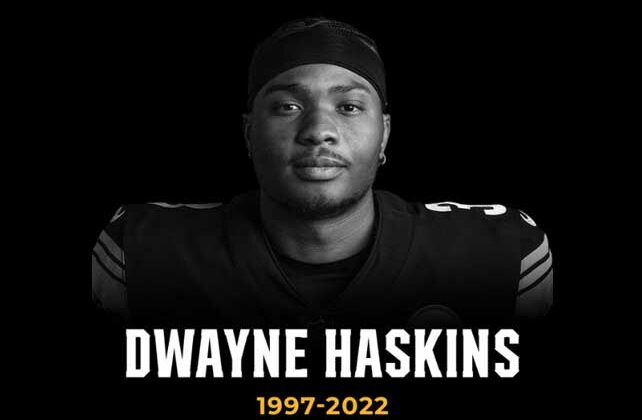 24-year-old Pittsburgh Steelers quarterback Dwayne Haskins was tragically killed on Saturday morning after being struck by a dump truck while attempting to walk across Interstate 595 near Fort Lauderdale, Florida.

Haskins was the 15th overall pick by the Washington Commanders (formerly known as the Washington Redskins) in the 2019 draft. Haskins started 13 games for the Commanders and went 3-10 before parting ways with the franchise and signing with the Pittsburgh Steelers in 2021.

The young quarterback was in Florida training alongside fellow teammates. Haskins was competing for a starting position behind quarterbacks Mitchell Trubisky and Mason Rudolph after the retirement of the Steelers career-long quarterback and future hall of famer Ben Roethlisberger.