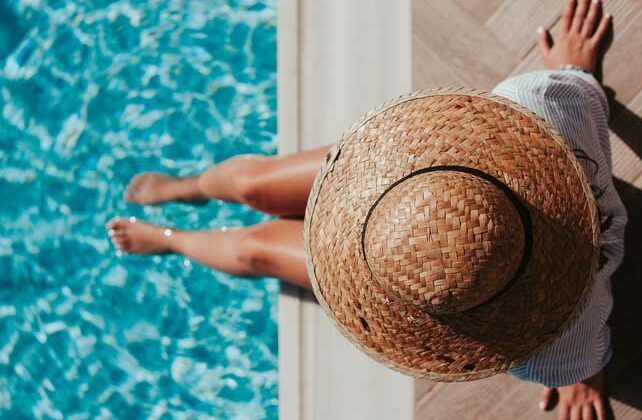 Bryce Brewer has been a youth pastor throughout the last 20 years and is a father of two children, one of whom is a teenage daughter. Earlier this week, Brewer took to Facebook and posted an apology to his female students at summer camp for the swimsuit mandate he placed on them all. The social media post now has more than 51,000 shares and 35,000 reactions.

“ONE-PIECE SWIMSUITS ONLY” is what Brewer said he told all the female students they must wear while swimming at church-sponsored events. And he said, “I am sorry.”

Brewer said he is still a fan of the “No-Produce Rule” which means not showing “buns,” “bananas,” or “breasts” but went on to post five apologies, which started with “I am sorry that I didn’t teach boys to control themselves.”

The father a 20-plus-year-old son addressed the females: “I am sorry I laid the weight of purity on a girl’s swimsuit while she was swimming, and not on the boys responsibility to not be gross.” Brewer then apologized for making it a hard shopping experience to find a swimsuit appropriate for his church-sponsored functions. “I am sorry to all the girls that frantically searched for an appropriate one-piece so that some male youth pastor could deem them appropriate.” He then shared a recent shopping trip that sparked his apologies. Brewer said it “sucked” and was hard finding a cute, camp-appropriate one-piece for his fiancé’s daughter.

“I am sorry that we have deemed a young women’s body as something that ‘needs to be covered’ and let young men’s bodies be ok to be seen,” was Brewer’s next apology. Lastly, said he was sorry he ever let the issue be an item of discussion. Brewer said the modesty discussion was “usually lead by men, at any youth-leader meeting,” recognizing that it was probably “awful” for all his “female leaders and students to be part of.”

Saying his swimsuit rule was wrong, Brewer added: “I am sorry if you felt sexualized by us telling you to cover up. I am sorry I didn’t teach boys to be men, and laid that responsibility on young women.”

NBC’s TODAY Parents posted an interview with Brewer a few days after he posted the Facebook apology.

Recounting the swimsuit-shopping adventure he referenced in his apology, Brewer told TODAY Parents, “I watched a frustration build with both of them, almost a dejection” because of how difficult it was to find the mandated appropriate swimsuit.

After witnessing the frustration in those he loved, he said it hit him how many times that must have happened to the female students in the youth groups he pastored because of rules he put in place. Brewer said he went home and posted the now-viral social media post.

“The number one thing I hope comes from this is that we as leaders, especially in the church, would walk in humility and stop pretending we’re the ones who have the answers,” Brewer told TODAY Parents. “I truly am sorry, and my intention was to say that and to say that while my heart may have been in the right place, I missed the boat in this area.”

The viral post has received over 20,000 comments, some agreeing with Brewer and others not so much. Here are a few examples.

One female wrote: “Finding one-piece bathing suits (cheaper ones) is almost impossible. I had to have two for my daughter one year, but in the end she just wore shorts and a shirt. You’re not always going to have a tiny body, so enjoy it while you can. If someone makes something of it, that’s usually on them.”

A mother wrote: “My daughter would appreciate this. Nothing wrong with modesty, but I truly hate the fights over what she wears because I don’t want attention drawn to her body. Truth is, boys/men are gonna look no matter what she’s wearing, whether it’s jeans or a bikini.”

Another girl thanked Brewer: “I don’t know you, but this post of yours made it across my screen. Just wanted to let you know how much I appreciated it. Thank you!”

“Teaching a young girl that her body is the problem contributes to rape culture. Thank you for putting the onus onto men to control their own urges rather than on women to cover up as though somehow our very existence is sinful,” one commenter posted.

An unpopular comment read: “All y’all shaming the boys and expecting boys to not look and all is ridiculous. I’m all for not shaming girls, but this has to be handled equally.”

Another said: “As a youth pastor….this is an inappropriate post.”

“Are you freaking kidding me???? Is this a serious post? I really hope not. It’s so ridiculous. This just places all blame on boys. Girls still need to dress modestly. Each gender should dress modestly and respect themselves and the other gender,” another wrote.

Christian singer Matthew West underwent major scrutiny for a satire video he made with his daughters and wife titled “Modest is Hottest.” The video was deleted from all platforms shortly after it was released.

One critic of West’s video said, “Since we’re teaching girls about dressing modestly, and I believe it’s important to teach them to ask themselves the question, but isn’t it just as important to teach the boys as well….just a thought.” Another said, “Purity culture has messed up a bunch of us so maybe this is a little tone deaf.”

Skillet’s John Cooper and former ZOEgirl artist and author Alisa Childers were guests on Childers podcast. They discussed feeling that the “woke mob” was attempting to “cancel” West because his song talked about modesty.

“Isn’t it possible to encourage our daughters to dress modestly—for lots of reasons, not just because of what it’s going to do to guys—while at the same time helping them understand that they’re not responsible for men’s lust?” Childers asked.

Cooper encouraged other Christian parents to “protect their kids out of love.” The Skillet singer, who has an 18-year-old daughter, said, “it’s really silly” to say the Bible doesn’t speak to purity issues.

Is Matthew West’s ‘Modest Is Hottest’ Video Really a ‘Lighthearted Take’ on Modesty?

John Piper: Bikinis, Modesty and Why You Shouldn’t Start with Rules

Matthew West to Critics of ‘Modest Is Hottest’ Video: ‘The Song Was Created as Satire’

The WHY of Modesty

Was There Any Value in Purity Culture or Was It All Just a Mistake?

What Is Purity Really All About, According to God?

Why Purity Rings Don’t Work (and How to Fix That)

Tim Keller: No, Sexual Abstinence Is Not the Same As Purity Culture