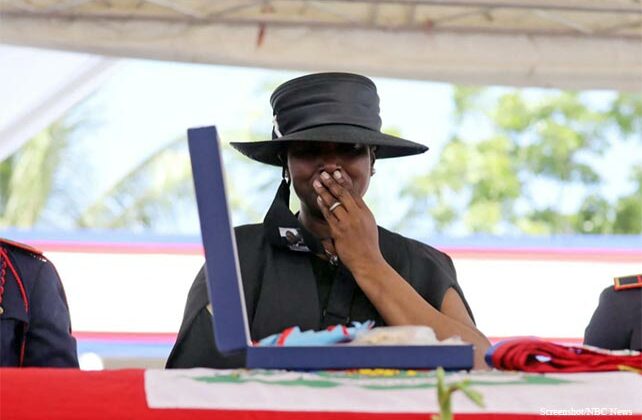 In an interview with The New York Times that was posted on the newspaper’s website on Friday, widow Martine Moïse recounted the terrifying moments on July 7 when gunmen burst into their home, shot her and then killed the president before rifling through her husband’s files looking for something.

“The only thing that I saw before they killed him were their boots,” Martine Moïse said, describing the moment President Moïse was gunned down next to her. “Then I closed my eyes, and I didn’t see anything else.”