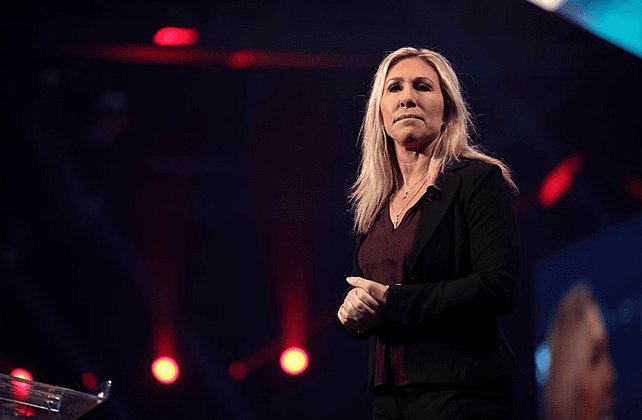 Over the weekend, outspoken Congresswoman Marjorie Taylor Greene expressed her belief that Christian nationalism will be essential to the success of the Republican Party moving forward.

Throughout the event, a group of white supremacists demonstrators gathered outside, waving Nazi flags and holding up signs with antisemitic imagery. The group also passed out literature that falsely accused Jewish people of being behind abortions. A Turning Point USA spokesperson later released a statement saying the group had no connection to the convention.