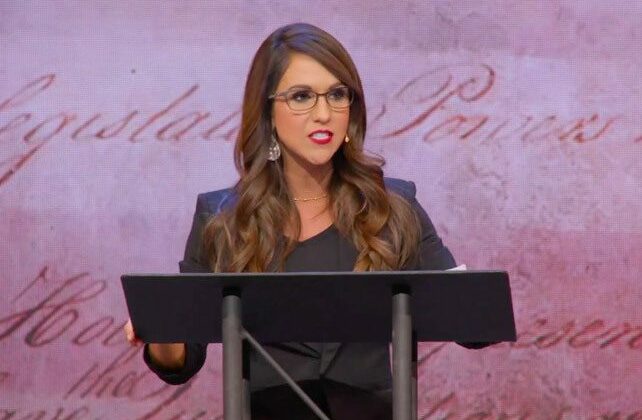 At a conservative Christian conference last weekend, controversial Congresswoman Lauren Boebert told attendees “the last days” are near and the church “has a role in ushering in the second coming of Jesus.” The Republican representing Colorado’s Third Congressional District referenced numerous Bible verses during her 50-minute speech at the Truth & Liberty Coalition Conference September 9.

The conference was held at Charis Bible College in Woodland Park, Colorado. The school’s founder, Bible teacher and Truth & Liberty Coalition president Andrew Wommack, told attendees America is “a godly nation” that was “founded upon godly principles. And the body of Christ needs to stand up against the rewriting of history and all of this woke stuff that is happening.” During the pandemic, Wommack held a large gathering that violated state rules and then challenged a cease-and-desist order.