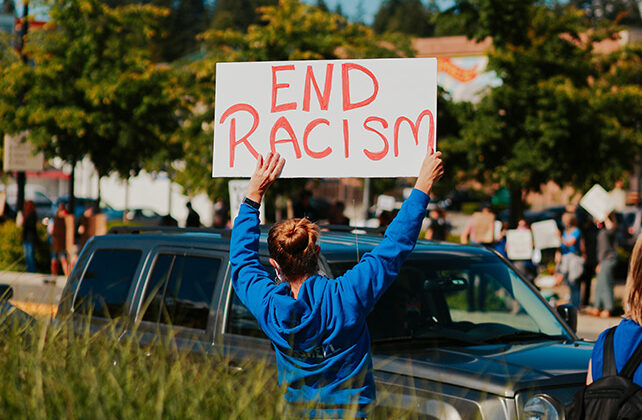 CHARLESTON, W.Va. (AP) — West Virginia lawmakers on Monday advanced a bill that would prevent the teaching that any race, ethnicity or biological sex is superior to another in public K-12 schools and colleges and universities.

The “Anti-Racism Act of 2022” passed the Senate Education Committee and will now go before the full Senate.

The bill advanced after a similar proposal was halted in the House Judiciary Committee on Friday. Committee members decided they were not prepared to take action on the issue. They said it needs to be studied more over the coming months.

Similar legislation has advanced in other states and caused controversy and confusion about whether teaching on such things as the lingering effect of slavery are acceptable in public school classrooms. Eli Baumwell, the advocacy director for the American Civil Liberties Union of West Virginia, said Monday that the organization is opposed to such legislation because of concerns about limiting free speech and censorship in schools.

Baumwell said the bills are targeted to prevent a new kind of teaching in “anti-racism” that does not assert that any person should feel individual guilt or responsibility for current or historical inequalities, but that there are “systems built into the American legal framework that help to perpetuate disparities.”

“With a law like this, we’re not able to discuss these sorts of disparities,” he said. “And so that’s one of the huge concerns that we have, particularly when we look at creating a more equitable education system.”

Senate Bill 498 prevents the teaching in both public K-12 schools and colleges and universities that one race, ethnic group or biological sex is superior to another, that one group is “inherently racist, sexist or oppressive” and that people should be discriminated against or “receive adverse treatment” because of those identities.

It also includes a provision that says students should not be taught that a person’s moral character is determined by their race, ethnicity or biological sex, that a person should not be made to feel “discomfort, guilt or anguish” because of that identity and that “academic achievement, meritocracy, or traits such as hard work ethic are racist or sexist or were created by members of a particular race, ethnic group or biological sex to oppress” another.

It establishes a procedure for reporting complaints of such teachings in schools.

The bill also stated that people of a certain identity should not be “blamed for actions committed in the past by other members” of the same identity.

The bill dictated that public and charter schools must disclose on their websites training, instructional or curricular materials “on all matters of nondiscrimination, diversity, equity, inclusion, race, ethnicity, sex, or bias.” The Senate bill does not require this.

During the Senate Judiciary Committee meeting Monday, Washington, D.C.-based lawyer Todd Gaziano spoke in support of the bill on a video call with lawmakers. Gaziano is the chief of legal policy and strategic research and director for the Center for the Separation of Powers at the Pacific Legal Foundation, a libertarian public interest law firm. Gaziano, who is originally from Charleston, said he was at the West Virginia Capitol last week to speak in support of the similar House bill.

Gaziano said the bill does not prevent the teaching of historical facts about the difficult subjects in U.S. history.

“We want our students to feel discomfort about some historical injustices…but we want them to all feel guilty or discomfort from the historical wrongs that are committed,” he said. “We don’t want them, and it is prohibited to teach, that someone should feel guilt because of the student’s own race.”