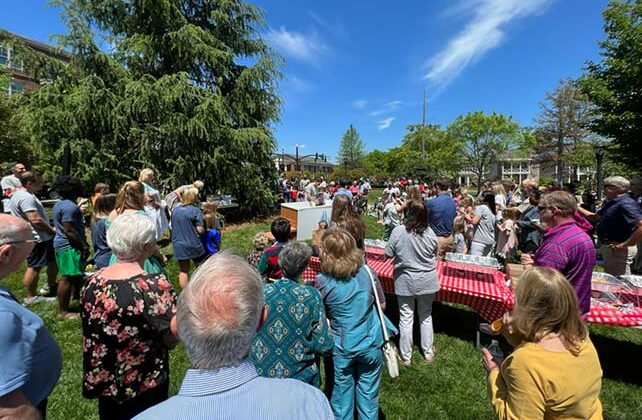 HOLLISTER, Fla. (BP) — Widower Fred Hall had suffered three strokes and was in hospice when his pastor Dale Rogers visited in January.

“He was pretty bad off. They didn’t think he was going to make it. He couldn’t hardly lift his head or anything,” Rogers told Baptist Press. “He got better and I went in there one time to visit him and caught him crawling on the floor.

“Since he could walk, he wanted to be baptized to rededicate his life. He wanted everybody to see that just because he was in hospice, doesn’t mean it was it, it was over with. God just moved in his life and brought him out of hospice. After three strokes, he got in the pool and he was able to get out of the pool.”

Rogers considers Hall, in his 80s, a miracle.

“Fred Hall, he’s just one of them miracles that happened to us,” Rogers said. “He’s my door greeter now. We may have to sit a chair there for him, but he greets everybody coming in.” For more than five years, Hall has attended the church that averages 60 in Sunday worship.

“Jesus lives. The local church is alive,” Inserra tweeted Sunday night. “The enemy hates it and prowls. Please pray for us! Let’s be unashamed of His name.”

“It shows that you’re never too old,” Rogers said. “You’re never too mature … to recognize what God has done in your life. We forget how great and how merciful He is to us. It was (Hall’s) way of showing the congregation that even though they thought it was over with for him, God still had a better plan.”