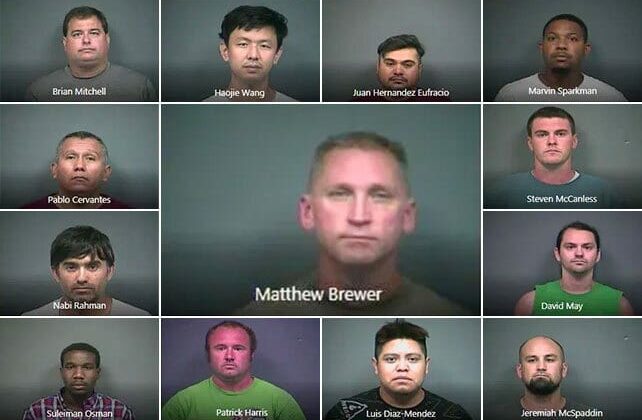 (ChurchLeaders) As the result of an ongoing human-trafficking investigation in Tennessee, authorities recently arrested 18 men, including one who is a youth pastor, coach and chaplain. Matthew Brewer, who was until recently listed as the Minister of Students at Fairfield Baptist Church in Centerville, was charged with solicitation of a person under the age of 18.

Brewer, 47, has worked at that church since December 2013, according to information posted (and since removed) on Facebook. He’s also been identified as a girls soccer coach at a local middle school and as a military chaplain. Before they also were removed, various social media accounts featured photos of Brewer and youth group members serving on a June mission trip to Guatemala.