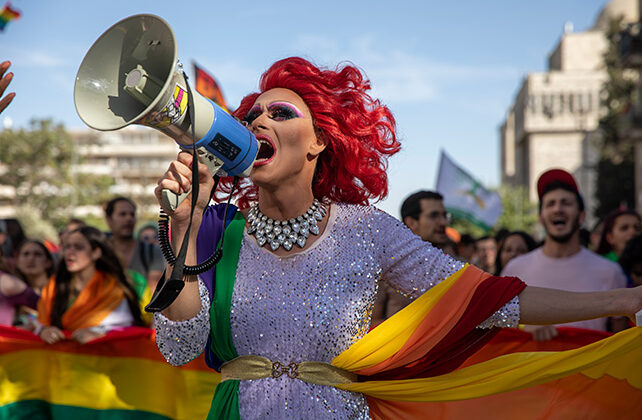 JERUSALEM (AP) Thousands of people marched through Jerusalem on Thursday in the annual Pride parade, celebrating LGBTQ rights in the conservative city amid heavy police security.

Pride events in Jerusalem, which is home to a large ultra-Orthodox Jewish community, tend to be less raucous than those in more liberal Tel Aviv. A radical ultra-Orthodox Jew stabbed a 16-year-old girl to death at a Pride event in 2015, an attack that was condemned across the political spectrum.

Only a few dozen people turned out to protest the parade this year, and were largely drowned out by the blaring music.

“I think we are getting better and better,” said one of the marchers, Fabio Abulafiya, while acknowledging that more needed to be done. “It is very important to come to parades like this, not only to party… but also to protest for our rights.”

An alliance of far-right parties including openly homophobic candidates made a surprisingly strong showing in parliamentary elections in March and were set to be a key component in a new government led by Prime Minister Benjamin Netanyahu.

But his efforts to form a majority coalition failed, in part because the far-right parties refused to join with a small Arab party that emerged as a kingmaker of sorts. A coalition opposed to Netanyahu is now on the verge of ending his record-setting 12 years in office.

Jerusalem saw weeks of protests and clashes linked to the Israeli-Palestinian conflict that triggered an 11-day war in Gaza last month. The situation has been mostly calm since a cease-fire went into effect in Gaza on May 21.