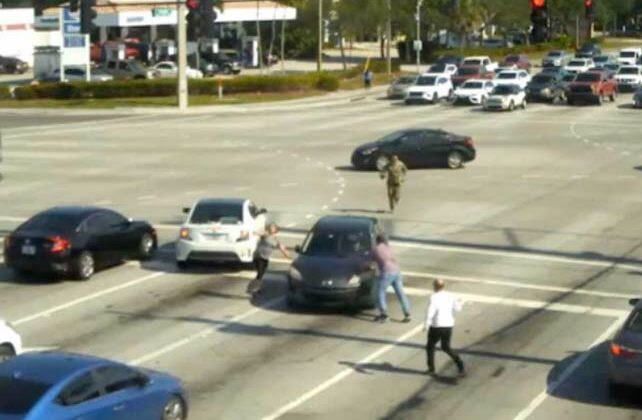 (Faithwire) A group of good Samaritans in Boynton, Florida, jumped out of their vehicles May 5 and rushed to stop a moving car after the driver experienced a “medical episode.”

The woman’s co-worker, who was in another vehicle, realized something was wrong when she saw the driver slumped over the steering wheel.

So, the co-worker bolted across the street to chase the car and flag others down to help.

“Several people got out of their cars and worked together to stop the moving car,” the Boynton Beach Police Department said in a statement. “One woman grabbed a dumbbell from her car, and a man used it to smash the rear passenger’s side window. Another man then climbed through the window to unlock the passenger’s side door.”