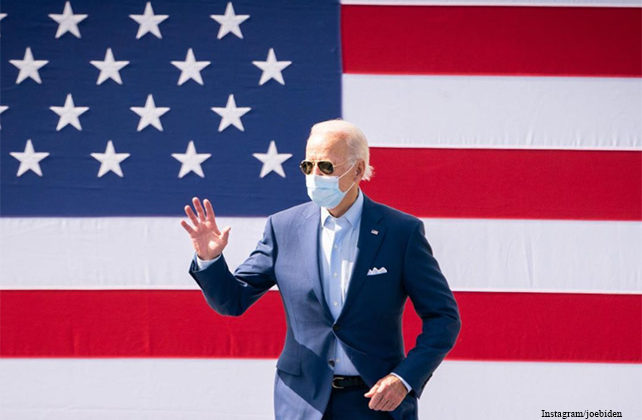 Translation: This is not my area of concern or expertise, and I don’t have much to say about it.

In general, that has been my attitude toward other religious faiths. “Not my sacred circus, not my liturgical monkeys.” You do you; I do me.

Except, when it comes to how you deal with the Jewish people, the state of Israel — or, for that matter, how you deal with all people. That’s when I get involved, and that is when it becomes my circus and my monkeys.

Like, for example, now — when I learned American Roman Catholic bishops have overwhelmingly voted to draft a new document addressing the sacrament of the Eucharist, an effort many of the bishops themselves have connected to denying President Biden Communion because of his support of abortion rights. The vote was 73% in favor; 24% opposed. The conservative American bishops are doing this in flagrant violation of warnings from the Vatican.

This has happened to President Biden before. When he was a presidential candidate, he was denied Communion at a church in South Carolina.

In my honest opinion — truly, in my humble and decidedly un-Catholic opinion — this seems wrong, dangerously wrong.

First, we are talking about President Joseph Biden. The New York Times called him “the most religiously observant commander in chief since Jimmy Carter.”

This happens to be one of the things I like the most about President Biden — his love for his faith and its rituals. I will always cherish the memory of the show when he and Stephen Colbert talked about their personal losses and how their Catholic faith influenced and inspired them — and they both wept publicly.

I cannot and will not worm my way into canon law, no more than I would expect the local Catholic priest to weigh in on halacha.

But, from this Jewish vantage point, it seems foolish to deny access to the body of Christ to the most visible Catholic political leader in the world.

This is especially true because to deny him Communion is a blatantly political act.

From the Pew Research Center:

Second, this cannot be good for the church — not at a time when it has experienced profound losses.

Based on what some of my Catholic and lapsed-Catholic friends are saying, denying Communion to President Biden is not a good move. It only further alienates them from the church. It says to them American Catholicism would be happy to become the sole sanctuary of the politically and culturally conservative. This is hardly a growth strategy.

Finally — and again, from my outside-the-church vantage point — the denial of Communion to President Biden smacks of inconsistency at best and hypocrisy at worst.

Because I fail to see any references to the church denying Communion to, say, priests who have been found guilty of sexual abuse.

In short, I write this as a friend.

For the love of God — literally — let President Biden continue to receive Communion.

It is good for him, good for the church and good for those Catholics who are watching.