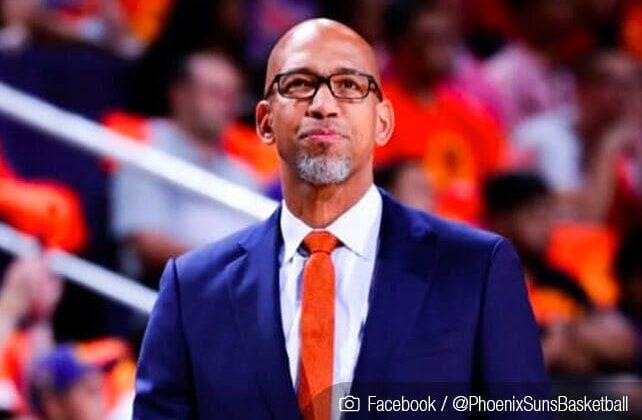 (ChurchLeaders) After a strong two-win start in the 2021 NBA Finals, the Phoenix Suns lost four straight games to the Milwaukee Bucks. But amid the sting of defeat Tuesday night, Suns head coach Monty Williams, an outspoken Christian, revealed his true character. In a move that sports commentators said they’d never seen before, Williams entered his opponent’s locker room to offer congrats to the champs.

“I just wanted to come and congratulate you guys as a man and a coach, because you guys deserve it,” said Williams, with an arm around Bucks standout and Finals MVP Giannis Antetokounmpo. “I’m thankful for the experience. You guys made me a better coach, and you made us a better team.” Just before that visit, Williams fought back tears during a postgame press conference. “I wanted it so bad,” he admitted to reporters. “It’s hard to process right now.”