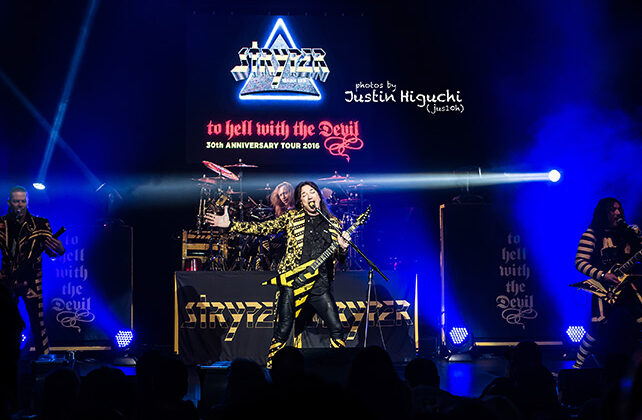 (Relevant) In 1983, Michael Sweet, Oz Fox, Perry Richardson and Robert Sweet joined forces and became Stryper, the metal band who raised their goblet of rock to the King above all kings. At the time, they were an anomaly — a band with all the trappings of colleagues like Pantera and Iron Maiden, but defiantly Christian lyrics. The band garnered a sizable mainstream following, including a platinum album with the awesomely named To Hell With the Devil. They’ve been dropping albums intermittently ever since and now, it’s time for the world to hear their story because why should the devil have all the good music documentaries?