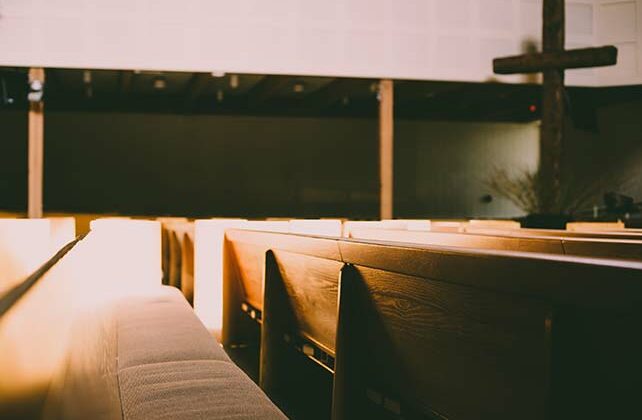 PHILADELPHIA (BP) – Most of the youngest generations who identify as committed Christians likely do not attend church at least once monthly, the American Bible Society (ABS) said in the latest release from its 2022 State of the Bible.

Among Generation Z, Millennials and Generation X Christians whose personal commitment to Christ is still important in their life today, fewer than a third are described as practicing Christians, a descriptor that includes at least monthly church attendance.

“These are adults up to age 57 who at some point have made a commitment to Christ that’s still important to them. It’s likely that more than two-thirds are not attending church even once a month,” according to the report. “What happened here? Are we seeing a division between a private faith and a public church connection? Are people saying yes to Jesus but no to the church?”

In the chapter that focused closely on Gen Z adults, ages 18-25 in 2021, the characteristic of not attending church neither onsite nor online was prevalent among Gen Z, Millennials (ages 26-41) and Gen X (ages 42-57).

“Can they be wooed back into a vital church connection, in which they are engaging with Scripture, sharing their faith, and growing in the company of other flawed believers?” ABS asked in the study. “And how can we set the stage for that?”

The study is not meant to divide or demean, ABS said, but to encourage unity.

“We long for each generation to connect meaningfully with God’s Word and God’s people. Our challenge is always to see what’s in the data, independent of our hopes, fears, and assumptions,” ABS wrote. “If our churches and ministries are led by older people who criticize younger people for being youthful, they’re in trouble. Different is not necessarily bad. God uses old and young alike. Even now we see many Millennials using their distinctly Millennial traits to serve the church effectively, and we anticipate similar contributions from Generation Z in the decades to come.”

Among other findings, Gen Z faces unprecedented levels of stress, but Scripture engagement aids stress management. The study gauged stress through 10 questions about the most common stress symptoms used in mental health contexts, including sleeplessness, hopelessness, loneliness, anxiety and other negative feelings. On a stress scale of 0-40, Gen Z measured the highest at 14.9, followed by Millennials at 12, Gen X at 9.5, Boomers (born from 1946-1964) at 6.6 and Elders (born from 1928-1945) at 4.4.

“The State of the Bible research shows that (Gen Z) is facing a mental health crisis, with stress, anxiety, and depression far beyond the norm,” the study reads. “This mental health crisis can be viewed as a ministry mandate for churches and Christian ministries, for individual believers and families of everyone in Gen Z, but especially for Gen Z women. What can we do to alleviate these alarming levels of stress, anxiety, and depression?”

“People who read the Bible regularly and apply it to their lives report fewer symptoms of stress, anxiety, or depression. This is true throughout the survey data, and especially among Gen Z women,” the study found. “As high as the anxiety and depression levels are for Gen Z women, they’re even higher when these women are Bible Disengaged. The stats for Scripture Engaged men and women in Generation Z show normal levels of anxiety and depression symptoms.”

Throughout the study, ABS measures Scripture engagement based on responses to 14 survey questions gauging the frequency of Bible use, its impact and centrality.

ABS researchers collaborated with the University of Chicago’s National Opinion Research Center to survey a nationally representative group of American adults on topics related to the Bible, faith and the church. The study conducted online via telephone produced 2,598 responses from a representative sample of adults 18 and older in all 50 states and Washington D.C.

The fifth chapter of the study is available here.