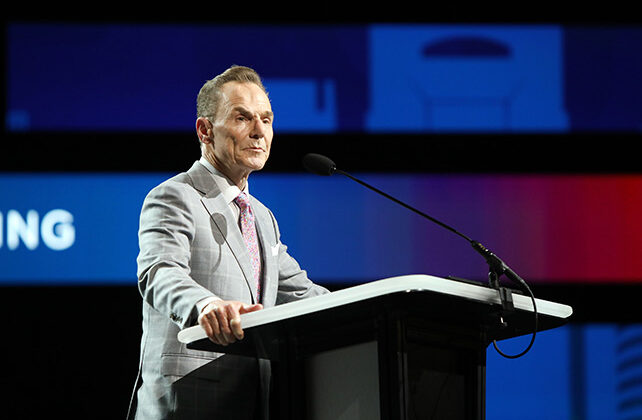 (SBC) The longtime general counsel for the Southern Baptist Convention has decided to cut ties with the nation’s largest Protestant denomination.

The decision came after members of the SBC’s Nashville-based Executive Committee decided to waive attorney-client privilege as part of a sexual-abuse investigation. That decision means that records of conversations on legal matters among Executive Committee members and staff would no longer be confidential.

That decision made it impossible for the denomination’s legal counsel to continue its role, wrote attorneys James Guenther and James Jordan of Guenther, Jordan & Price.

“We simply do not know how to advise a client, and otherwise represent a client, with the quality of advice and representation the client must have, and in keeping with the standard of practice our firm tries to uphold, when the client has indicated a willingness to forego this universally accepted principle of confidentiality,” Guenther and Jordan wrote in a letter to Executive Committee President Ronnie Floyd.

News of the break between the firm and the Executive Committee was first reported by the Baptist and Reflector, a Tennessee Baptist state newspaper.

Guenther, 87, has been general counsel for the SBC since 1966. Before then, he spent a decade working for what was then known as the Baptist Sunday School Board, now LifeWay Christian Resources.

Guenther told the Baptist and Reflector that his firm has represented the SBC in about 50 cases where the denomination was being sued over the actions of a local congregation.

“Because Southern Baptists are not hierarchical, and the convention does not control churches, Guenther and his firm have never lost an ascending liability,” the newspaper reported.

The attorney warned Southern Baptists to stay true to their theology in order to protect themselves legally.

“We have got to always be diligent that we practice what we preach and conventions need to take care to respect what the Baptist Faith and Message says about local church autonomy,” he told the Baptist and Reflector.

The issue of confidentiality and attorney client privilege was a subject of intense debate in recent weeks among Southern Baptist leaders, as was the issue of local church control over national SBC entities such as the Executive Committee.

The Executive Committee had originally ordered an investigation of its own, but local church delegates took control of that investigation. Those delegates, known as messengers, specifically directed the committee to waive privilege if asked to do so by the outside firm doing the investigation.

Other committee members, including committee Chair Rolland Slade, argued they were obligated to follow the instructions of local churches’ messengers.

After weeks of deadlock, the committee voted on Oct. 10 to waive privilege. At least 10 committee members, most who opposed the waiver, have resigned. In their letter to Floyd, who also raised questions about the issue of waiving privilege, Guenther and Jordan defended attorney-client privilege.

“The attorney-client privilege has been portrayed by some as an evil device by which misconduct is somehow allowed to be secreted so wrongdoers can escape justice and defeat the legal rights of others,” they wrote. “That could not be further from the truth.”

Floyd praised Guenther’s firm for its long service to the SBC.

“With deep regrets, we accept their decision and fully understand their reason behind it and their need to withdraw,” he told Baptist Press. “We are extremely grateful for their 56 years of superior service to the Southern Baptist Convention and the Executive Committee.”

After news of Guenther’s break with the SBC, former Executive Committee President Morris Chapman posted a comment that appeared to be a response on social media.

“Southern Baptists will always have faithful representation before the throne of God,” he wrote.