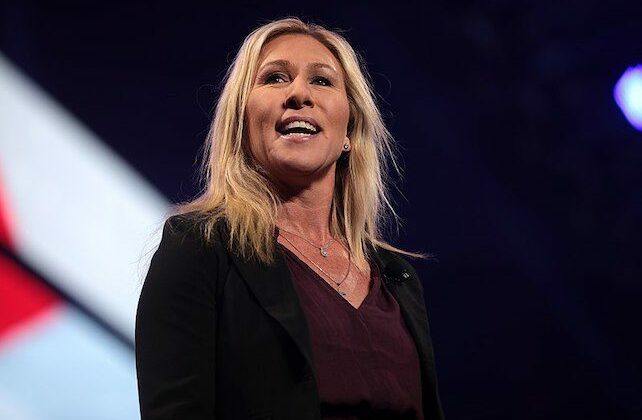 Rep. Marjorie Taylor Greene, the controversial Georgia Republican whose ability to run for re-election is being challenged, angered a prominent Catholic group this week by accusing church leaders of being in league with the devil.

Greene’s comments came during an interview with Michael Voris of the conservative website Church Militant. He directed the conversation toward the hot-button issue of Catholic Relief, an aid organization that assists immigrants along America’s southern border. “What it is, is Satan’s controlling the church,” Greene said. “The church is not doing its job. It’s not adhering to the teachings of Christ. It’s not adhering to what the Word of God says we’re supposed to do and how we’re supposed to live.”

Rep. Marjorie Taylor Greene: ‘Love One Another’ Isn’t About Migrants

By caring for migrants under the guise of Jesus’ command to love one another, Greene continued, people are “perverting” the Bible as well as the U.S. Constitution. “Their definition of what love one another means…means destroying our laws. It means completely perverting what our Constitution says. It means taking unreal advantage of the American taxpayer. And it means pushing a globalist policy on the American people and forcing America to become something we are not supposed to be.”