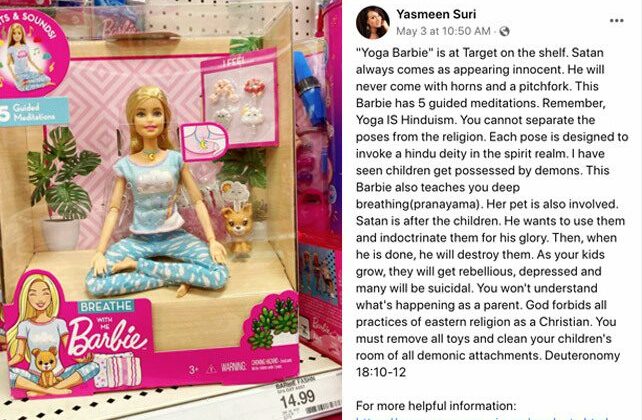 “Yoga Barbie” could lead to children being possessed by demons, says Christian influencer Yasmeen Suri in a May 3 Facebook post that has since gone viral. Suri shared in an interview with The 700 Club that, having previously been involved with the New Age movement (as well as the occult), she now feels called by God to warn others against it.

“‘Yoga Barbie’ is at Target on the shelf,” said Yasmeen Suri in her Facebook post. “Satan always comes as appearing innocent. He will never come with horns and a pitchfork. This Barbie has 5 guided meditations. Remember,  Yoga IS Hinduism. You cannot separate the poses from the religion.”