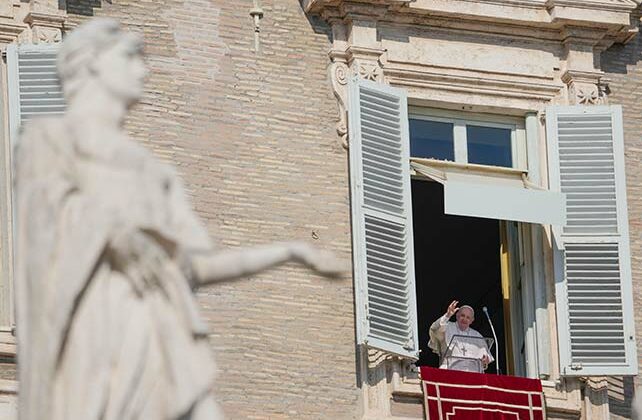 VATICAN CITY (AP) Pope Francis on Sunday decried the genital mutilation of millions of girls and the trafficking of women for sex, including openly on city streets, so others can make money off of them.

In remarks to the public in St. Peter’s Square, the pope noted that the day was dedicated worldwide to ending the ritual mutilation, and he told the crowd that some 3 million girls each year undergo the practice, “often in conditions very dangerous for the health.”

“This practice, unfortunately widespread in various regions of the world, humiliates the dignity of women and gravely attacks their physical integrity,” Francis said.

Female genital mutilation comprises all procedures that involve changing or injuring female genitalia for non-medical reasons and violates the human rights, health and the integrity of girls and women, the United Nations says in championing an end to the practice.

The practice can cause severe pain, shock, excessive bleeding, infections, and difficulty in passing urine, as well as consequences for sexual and reproductive health. While mainly concentrated in some 30 countries in Africa and the Middle East, it is also a problem for girls and women living elsewhere, including among immigrant populations.

According to U.N. figures, at least 200 million girls and women alive today have undergone the practice.

The pope also told the faithful that on Tuesday, there will be a day of prayer and reflection worldwide against human trafficking.

“This is a deep wound, inflicted by the shameful search of economic interests, without respect for the human person,” Francis said. ”So many girls — we see them on the streets — who aren’t free, they are slaves of the traffickers, who send them to work, and, if they don’t bring back money, they beat them,” the pope said. “This is happening today in our cities.”

“In the face of these plagues on humanity, I express my sorrow and I exhort all those who have responsibility to act in a decisive way to impede both the exploitation and the humiliating practices that afflict in particular women and girls,” Francis said.