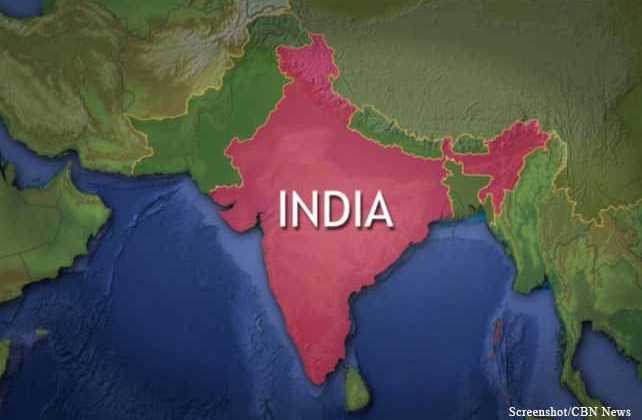 HYDERABAD, India (Morning Star News) Police in northern India arrested two Christians on false charges last month and beat them in custody while reviling them for their faith, sources said.

Responding to a call on an emergency response number alleging Christians were carrying out forcible conversions, officers in Uttar Pradesh state on the morning of Sept. 1 took three Christians into custody, identified only as Sabajeet, Gopinath, and Chotelal, from Sabajeet’s home in Tatamuraini, Sultanpur District.

Chanda station police released Gopinath that evening but interrogated Sabajeet and Chotelal while beating them with lathis, heavy bamboo sticks wrapped in iron, Sabajeet said. The two Christians denied the station chief’s charge that that they had betrayed India by becoming Christians, saying they loved their country and had harmed no one, Sabajeet said.

“The in-charge of the police station charged at us with bamboo, shouting casteist slurs; he told us, ‘You filthy rogues, you eat the food from Indian soil and serve foreign masters,’” Sabajeet told Morning Star News. “As this exchange continued, the officer bruised our backs and hands with lathis until he grew tired.”

He and Chotelal told him they had had no contact with the neighbors who called in the complaint, he said.

“I have never gone to their houses nor had even a glass of water from their wells,” Sabajeet said he told the officer. “But the officer kept saying, ‘Why would they complain against you if you had done no wrong? You are sharing about Jesus and attracting Hindus towards your faith. How dare you convert Hindus to Christianity?’”

Sabajeet told the officer that putting his faith in Christ had transformed his life, giving him and others hope in hopeless lives, he said.

“I told the officers that, after putting faith in Christ, ‘I did not touch alcohol nor uttered obscenities from my mouth. My life has changed. I have started valuing human relations and had learned to care for my wife and family,’” Sabajeet said.

When they had arrived at the station, the officer in-charge had threatened them with serious sections of the state’s new unlawful conversions ordinance unless they immediately paid him a “penalty” of 5,000 rupees (US$$67), he said. This happened after Sabajeet’s son had arrived at the police station, he said.

“I asked the officer, ‘Why should we pay the money? What is our crime?’” Sabajeet said. “The officer got furious and threatened my son that he can keep me behind bars for many, many years if he wishes, and that we must quietly do what we have been asked to do.”

Sabajeet said his father-in-law went to the village council and pleaded for them to intervene. Upon realizing from their response that they were colluding with police, his father-in-law obtained the 5,000 rupees and gave it to the police station in-charge, he said.

“My heart could sense that the officers would not let me go easily, and I was being reminded of verses from the Bible, and an inner voice was preparing me that I should not let fear consume,” Sabajeet said. “I was recalling the verses in my heart and was being prepared for the humiliation and the physical pain I was subjected to later that night.”

The next morning the in-charge continued to issue threats of prosecution if they refused to stop Christian worship in the village, he said.

“We told him repeatedly that we pray in our own homes without causing any disturbance to anyone,” Sabajeet said.

Officers at the Chanda police station were unavailable for comment despite several attempts to reach them.

Police released the two Christians the next day (Sept. 2) after charging them with breaking COVID-19 protocols, including assembling five or more persons, he said.

“Hindu temples and all places of worship are open, and people are gathering in large numbers in the state,” Sabajeet said. “But only Christian worship services are targeted and framed under the provisions of law for assembling as five or more in number.”

Upon release from the police station, Sabajeet and Chotelal went to an area government hospital, but doctors refused to treat them, saying they must obtain written permission from the station in-charge.

“We did not have money to go to a private hospital,” Sabajeet said. “My wife made some paste with medicinal herbs and turmeric at home to treat the bruises.”

Area hard-line Hindus had been aiming to get police to arrest and beat the Christians since July 28, when Sabajeet and others attempted a Christian funeral at the community burial ground for his deceased grandmother, he said.

A mob of about 30 hard-line Hindus tried to stop the burial, he said.

“We had informed the police officers and performed her last rites in the presence of police security,” Sabajeet said. “This did not go well with the villagers.”

The village graveyard belongs to all residents irrespective of faith and the religious type of burial, he said.

“Since that day the hard-line Hindu neighbors had been in touch with the Hindu fundamentalist leaders plotting to get us beaten by the same police,” he said, “Even after one month of release from the police station, the neighbors who complained against us follow us and keep track of my movements. They pass by on motorbikes with raging speed from beside us when they see my family members or me.”

Sabajeet requested prayer for the safety of his four sons, saying the atmosphere in the village is still tense.

“Currently we are praying secretly inside our homes, and the neighbors are looking for a chance to frame us in a false case of forced conversions,” Sabajeet said. “It could be an overnight custody and beating without anybody knowing what is happening with us.”

The hostile tone of the National Democratic Alliance government, led by the Hindu nationalist Bharatiya Janata Party, against non-Hindus, has emboldened Hindu extremists in several parts of the country to attack Christians since Prime Minister Narendra Modi took power in May 2014, religious rights advocates say.

India ranked 10th on Christian support organization Open Doors’ 2021 World Watch List of the countries where it is most difficult to be a Christian, as it was in 2020. The country was 31st in 2013, but its position worsened after Modi came to power.