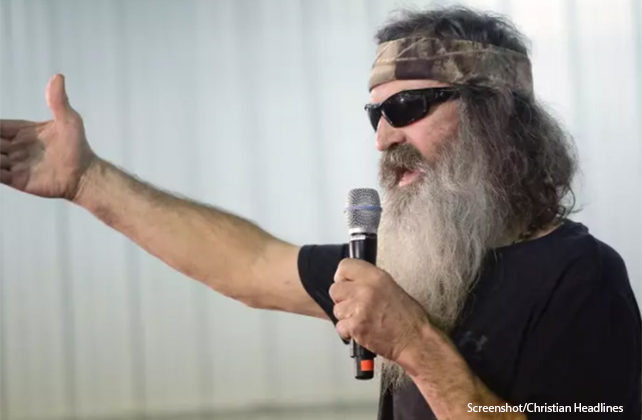 (Christian Headlines) Businessman and Duck Dynasty star Phil Robertson says he read from Scripture and delivered the gospel during his eulogy at the funeral of Dusty Hill, the ZZ Top guitarist who died in late July.

The band and the Robertsons were friends thanks to the popular reality program, which featured ZZ Top’s song “Sharp Dressed Man” as the theme song. Speaking on his Unashamed podcast, Robertson said the band once ate at his house and asked that Robertson cook squirrel.

Robertson was a ZZ Top Fan. Hill had requested Robertson to speak at his funeral.

“I’m glad that we were invited down,” said Robertson, who is a Christian. “It was an opportunity to point people to Jesus, and to just be generous toward them. We love them.”