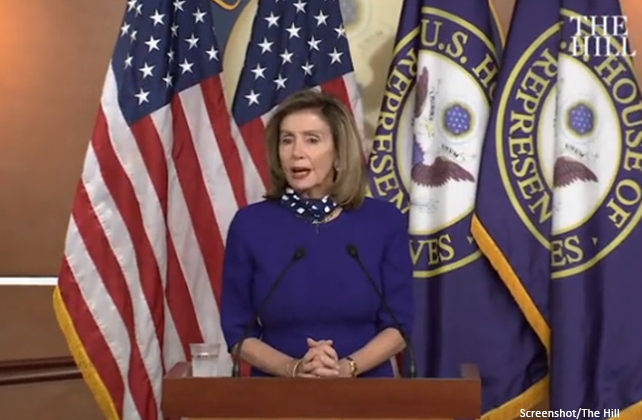 (Fox News) House Speaker Nancy Pelosi defended Democrats’ current effort to eliminate the Hyde Amendment – which prohibits federal dollars from being used to fund most abortions – and invoked her own Catholic faith in the process.

The Catholic Church is firmly opposed to abortion, but Pelosi, who called the matter “an issue of health of many women in America,” said it is not up to her to tell other people what they can or cannot do.

“As a devout Catholic and mother of five in six years, I feel that God blessed my husband and me with our beautiful family – five children in six years almost to the day. But that may not be what we should – and it’s not up to me to dictate that that’s what other people should do, and it’s an issue of fairness and justice for poorer women in our country.”