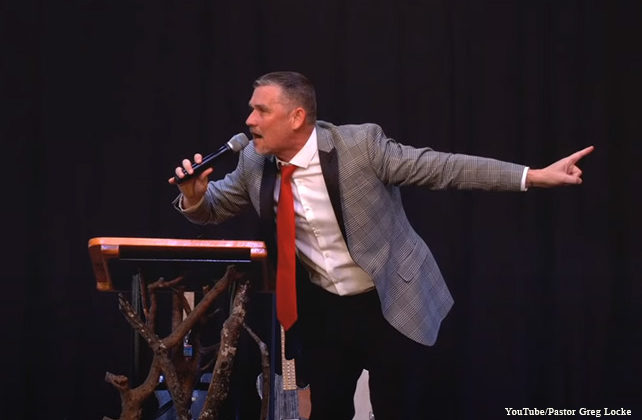 (Newsweek) A pastor who has continued to insist that former President Donald Trump is still in charge of the country doubled down on that baseless claim Sunday, repeatedly screaming to his hundreds of cheering church followers: “Joe Biden is a fake president.”

Pastor Greg Locke, head of the Baptist Global Vision Bible Church in Juliet, Tennessee, predicted numerous times before and after Biden’s November election victory that Trump would remain president no matter what the actual votes, results or news media claimed.

During Sunday’s church service, he again amped up these claims before his screeching congregation members and mocked anyone saying “you just need to accept the election results.” Hoping to validate his continued claims that he is not a “fake prophet” who got the election results wrong, the pastor simply declared Biden a “fake president.”