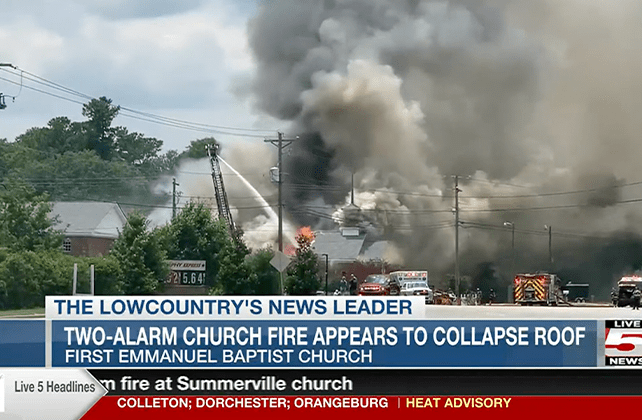 Pastor John H. Hill is safe after a Summerville, South Carolina firefighter warned him that his First Emmanuel Baptist Church was on fire. On June 15, a massive fire broke out while Hill was inside preparing for the church’s Wednesday night spaghetti dinner.

“I heard whamming on the door. There’s a guy trying to get my attention,” Hill told a local news outlet, referring to the firefighter attempting to evacuate the building. “I had no idea it was on fire.”

Firefighters were quick to put out the fire, but not before it did extensive damage to the building and it’s roof. An investigation is currently underway as the Dorchester County Fire Department attempts to determine the cause of the fire.