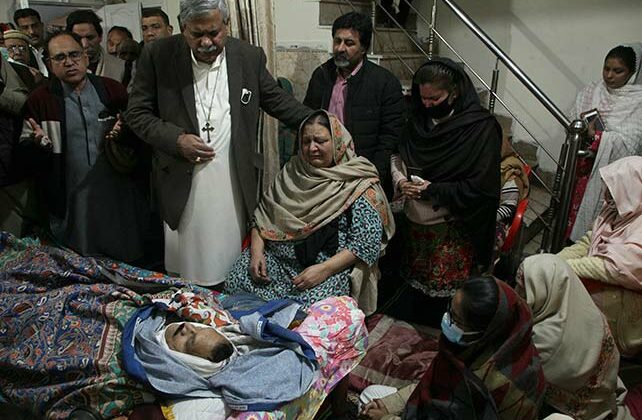 PESHAWAR, Pakistan (AP) — Gunmen killed one Christian priest and wounded another as they were driving home from Sunday Mass in Pakistan’s northwestern city of Peshawar, police said.

Father William Siraj, 75, was shot multiple times and died instantly in the ambush in the Gulbahar neighborhood, while Father Naeem Patrick was treated briefly in hospital for a gunshot wound to the hand, officer Iqbal Shah said. A third priest in the car was unharmed.

No one immediately claimed responsibility for the attack, the latest on Pakistan’s tiny Christian minority that has been targeted several times by militants in recent years. Militant violence has been a broader increase since the Pakistani Taliban ended a ceasefire with the government last month.

A memorial service for Father Siraj will be held on Monday at Peshawar’s All Saint’s Church, which was brutally attacked by militants with bombs and gunfire in 2013. Over 70 worshippers were killed and 100 wounded.

RELATED: Husband of Former Miss Mississippi Fatally Shot in Front of Wife and Son While Sharing the Gospel

Police said they were reviewing CCTV footage to locate the attackers, who witnesses said escaped on motorcycles.