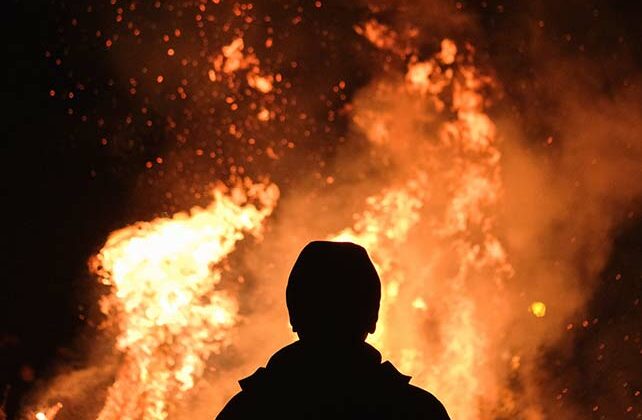 Montgomery County authorities said the incidents took place at three churches of different denominations a short distance away from each other in Bethesda, TV station WJLA reported.

Dozens of firefighters responded to an alarm at the church around 2 a.m. and quickly extinguished the fire, according to the Montgomery County Fire and Rescue Service.

The fire involved several pews in the main church area, Pete Piringer, a spokesman for the agency, tweeted. No injuries were reported.

In a statement about the fire, a spokesperson from the Roman Catholic Archdiocese of Washington said the archdiocese was shocked by the incident but that they are a “resilient community of faith.”

Earlier in the weekend, a fire was set at a Methodist church that was broken into, according to fire officials. Also Saturday, investigators found damaged headstones and broken wood pieces scattered around the vicinity of Wildwood Baptist Church, WJLA reported.