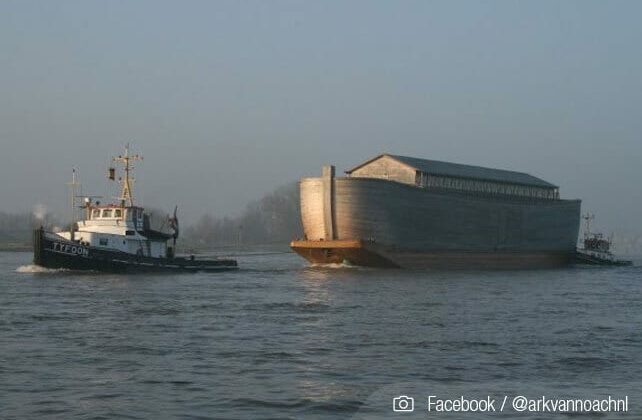 (ChurchLeaders) A Noah’s Ark replica that has been detained in Ipswich, England, for 18 months has been accruing daily fines of £500, or $700, since April 1. The replica is in something of a catch-22 as British authorities are preventing it from setting sail on the grounds that it is unseaworthy, but have been levying fines because it remains in port.

“We do have concerns about this vessel and we cannot rely on the grace of God that it can be safely towed to Holland,” said the Maritime and Coastguard Agency (MCA), according to emails obtained by the East Anglian Daily Times (EADT). “Noah’s Ark will remain detained until all the deficiencies have been put right and an MCA surveyor is invited back by the owners to check they’ve been corrected.”