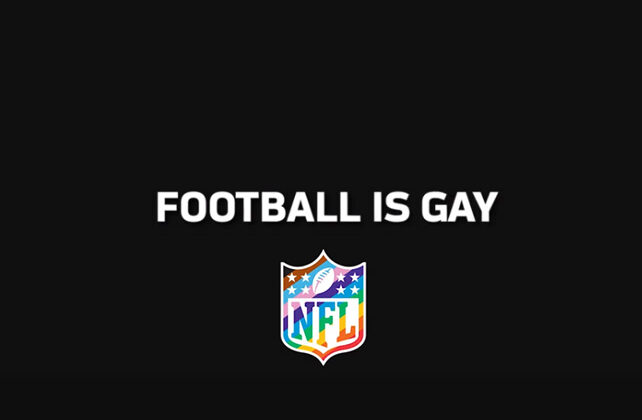 (NBC News) In a video shared on Twitter on Monday, the National Football League declared, “Football is gay.”

In white letters on a black background, the word “gay” was then replaced with words including “lesbian,” “beautiful,” “queer,” “transgender,” “power” and “life.”

The video’s final declaration: “Football is for everyone.”