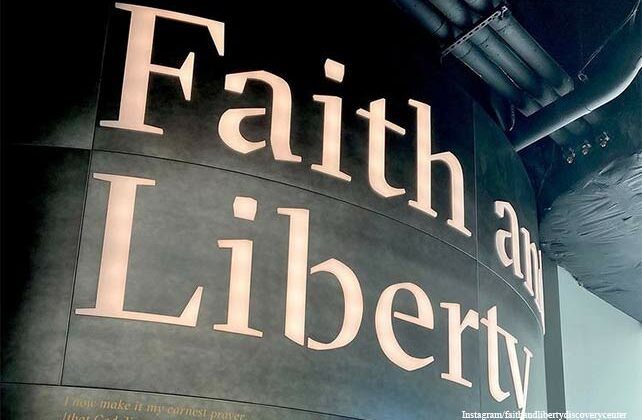 (Christianity Today) America’s “most historic square mile” got a new resident on the Fourth of July weekend. Joining the Liberty Bell and Independence Hall in Philadelphia, the American Bible Society has opened a $60 million museum to highlight the role of Scripture in the founding of the United States.

“We are leveraging history to advocate for the Bible,” said Alan Crippen, chief of exhibits at the Faith and Liberty Discovery Center (FLDC). “The American story of liberty is unintelligible without knowledge of the Bible, and how it impacted our leaders.”

The new museum gives special space to William Penn and his “holy experiment” of Pennsylvania.

Alongside his Bible, the museum displays an original copy of Penn’s 1683 pamphlet, The Great Case of Liberty of Conscience Once More Briefly Debated and Defended. Informing Penn’s vision for governance, the charter of Pennsylvania guaranteed religious freedom and sought peace with the local Lenni-Lenape Native American tribe.